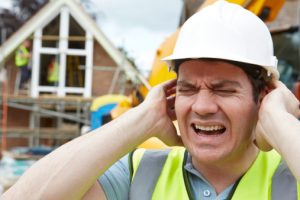 Researchers from Institut Pasteur, Inserm, the Collège de France and Pierre & Marie Curie University, along with scientists at the University of Auvergne, have found genetic causes and mechanisms of noise-induced hearing loss. They found that the molecule pejvakin plays a vital role in the hearing system and the absence of pejvakin is responsible for noise-induced hearing loss.

Pejvakin was discovered back in 2006 by the research team. It was found that mutations in the gene led to hearing impairment.

Then the researchers studied mice in which the gene was inactivated and found variations in hearing impairment from one mouse to another. They also uncovered that when more mice were in the cage, the higher the hearing threshold became. The researchers were able to discover that mice lacking pejvakin were largely affected by their acoustic environment.

They also found that in mice without pejvakin sensory cells became damaged even at the slightest of sound – this is comparative to a person spending one minute in a nightclub. The cells can become functional again after two weeks of silence. With prolonged exposure to loud noise the cells eventually die, thus contributing to hearing loss. Christine Petit, one of the researchers, said, “To put it simply, we discovered that a genetic disorder could be responsible for noise-induced hearing loss triggered by even very low noise levels.”

Impaired pejvakin in humans have been found to be linked with vulnerability to noise. When a hearing test is performed on a person with hearing impairment at first their hearing is normal then worsens as the sounds continue.

Noise-induced hearing loss is on the rise and the World Health Organization estimates that noise-induced hearing loss will affect one billion people by 2030. Professor Paul Avan and Petit concluded, “Five million people in France end up suffering from hearing loss, which has a negative impact on their social life. Hearing aids are one solution, but they work by exposing the wearer to amplified sounds. However, we don’t yet know what percentage of the population is either lacking in pejvakin or has a less effective form of the protein. Our findings indicate that in these people, hearing aids are most probably not only ineffective but also harmful.”

Further research will be aimed at restoring pejvakin in order to reverse noise-induced hearing loss.