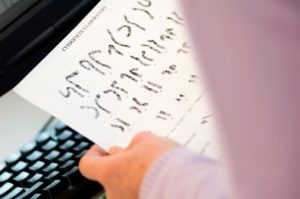 Crohn’s disease and ulcerative colitis are types of inflammatory bowel disease (IBD). Research on IBDs continues as doctors learn more and more about these conditions, which affect the digestive system. Patients with IBDs often have to change their diets and suffer from symptoms like abdominal pain, cramping, diarrhea, rectal bleeding, and extreme fatigue. Furthermore, these diseases can increase the risk of complications such as fissures or colon cancer. As inflammation takes over the intestines, colon symptoms worsen and a person’s quality of life is negatively affected.

The researchers of the study looked at the genomes of nearly 68,000 people. After a closer look at the regions of the genome associated with IBD, 18 were traced to a single genetic variant with over 95 percent certainty.
Co-author of the study, Dr. Jeffrey Barrett, explained, “We have taken the biggest ever data set for IBD and applied careful statistics to narrow down to the individual genetic variants involved. Now we have a clearer picture of which genes do and do not play a role in the disease. We are zooming in on the genetic culprits of IBD.”

Current treatments for inflammatory bowel disease include steroids, immunosuppressants, or anti-inflammatory medications. Although these treatments are not a cure, they do help manage symptoms and slow down disease progression. If medications are not effective, surgery may be required, which works to remove heavily diseased areas of the intestine.

Inflammatory bowel disease affects nearly 1.6 million Americans, with the majority of patients being diagnosed before the age of 35.