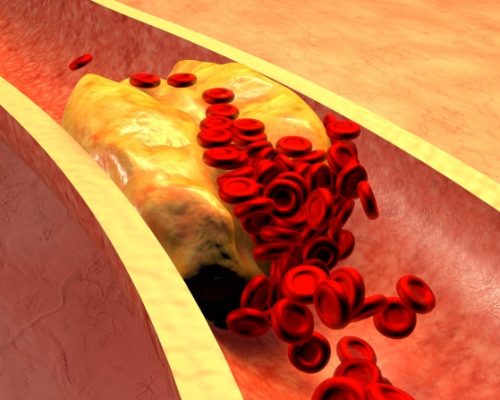 Researchers believe they have pinpointed the gene responsible for deadly plaque buildup in the heart.

A study at the University of Virginia’s School of Medicine (UVSM) has shed new light on how and why the arteries of the heart harden and thicken, also known as atherosclerosis. This disease can lead to fatal heart attacks and strokes because the plaque makes it harder for blood to flow.

Until now, the medical community believed that smooth muscle cells, which help blood vessels contract and dilate, also serve as a defense mechanism against the buildup of plaque. However, researchers at UVSM found that a majority of these cells were, in fact, contributing to the buildup of the plaque, instead of fighting it.

The team also identified a gene, Klf4, which they say plays a role in smooth muscle cell transitions inside the diseased part of the arteries. When the gene was deactivated, the researchers saw atherosclerotic plaques shrink “dramatically.” Going forward this could play a big role in curbing atherosclerosis.

Atherosclerosis-related conditions are on the rise in America. In fact, the thickening of arteries caused almost 812,000 deaths in the U.S. in 2008, and the condition is expected to be the leading cause of death worldwide by 2020.

The study was published in the journal Nature.