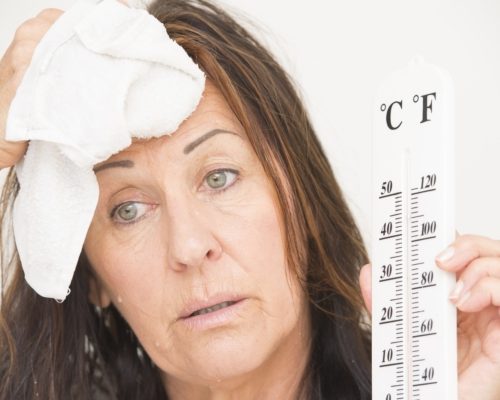 A gene has been identified that may have be responsible for hot flashes typically experienced during menopause. The identified gene may help explain why some women experience hot flashes – because they are genetically predisposed to.

The researchers uncovered gene variants that affect a brain receptor controlling the release of estrogen – and increase the risk of a woman experiencing hot flashes.

Principal investigator Dr. Carolyn Crandall said, “No previous studies have focused on how variants in women’s genes may be linked with hot flashes, and these results were highly statistically significant. These associations were similar across European-American, African-American, and Hispanic-American women, and they persisted even after we accounted for other factors that might influence hot flashes.”
The researchers studied an entire human genome to identify links between gene variations and hot flashes. Genetic information was collected from 17,695 postmenopausal women, taking into account their experiences of hot flashes or night sweats.

The researchers looked at over 11 million gene variants and found 14 that are associated with hot flashes. These variants are mainly located in chromosome 4 which encodes specific brain receptor – tachykinin receptor 3 – that interacts with nerve fibers involved in estrogen release.

The researchers suggest that their findings may help uncover more effective treatments for hot flashes, but further research is required to better understand how the gene variants affect hot flashes.