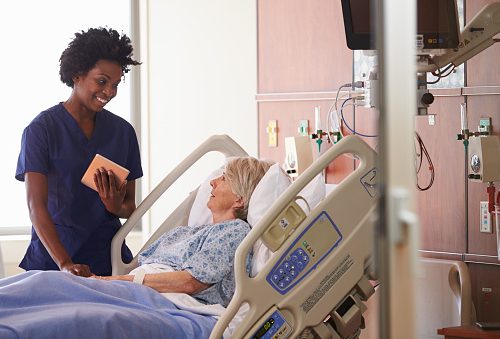 The size of a gallbladder polyp does matter, as generally larger ones indicate a more serious problem. Gallbladder polyps over one centimeter are most likely cancerous, and smaller ones are often benign.

Nearly 95 percent of gallbladder polyps are benign, but that still leaves a small percentage to be cancerous. Furthermore, the size of the polyp can reveal whether or not it is cancerous.

Small polyps below half an inch are unlikely to be cancerous and don’t generally require treatment either. Follow-up examinations may still be conducted by your doctor to ensure they are not growing or causing any other problems.

Polyps larger than one centimeter are more likely to be cancerous.

A retrospective analysis conducted in the U.K. supported such suggestion, as researchers uncovered that the larger the size of a gallbladder polyp, the higher the risk of it being malignant.

If gallbladder polyps are discovered early on, then treatment or surgical removal can be done in order to stop cancerous polyps from spreading.

Ultrasound is commonly used in order to get a good picture of gallbladder polyps. Positron emission tomography (PET) or computed tomography (CT) scans are used to determine the likelihood of the polyps being cancerous. These tests can track growth of the polyp over time or spot changes that can indicate cancer.

As mentioned, unless cancer is suspected and the size of the polyp is small treatment isn’t necessary. If your doctor deems treatment necessary, or the polyps are causing symptoms, then your doctor can recommend gallbladder removal.

Follow-ups should be conducted every three to six months or as recommended by your doctor.