Home » Health News » Fruit May Help You Fight Back against Diverticulitis 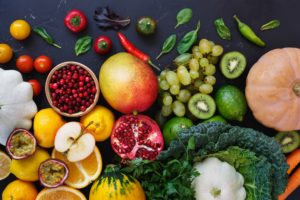 New research is showing that fiber—but not all fiber—may prevent or tame a painful gastrointestinal condition suffered by more than 50 percent of women.

Published recently in the American Journal of Gastroenterology, a study found that women who consumed more fiber-rich fruits and cereals had a reduced chance of developing diverticulitis, a common and painful bowel condition where small pockets along the intestinal lining become inflamed.

Low-fiber diets have long been linked with the condition, but this new study identifies that not all fiber sources have the same effect on diverticulitis risk. The researchers found that women getting more fiber from fruit and cereals, but not vegetables, were less likely to get diverticulitis. Further, they found that eating whole fruits like apples, pears, and prunes led to an even lower risk. On the other hand, fruit like bananas, peaches, plums, and pears did not influence risk.

The study followed more than 50,000 women between the ages of 43 and 70. None had a history of diverticulitis or irritable bowel disease. Over the 24-year study period, 4,343 developed diverticulitis.

Compared to those consuming the least amount of fiber—about 13 grams (g) per day—those who ate the most—around 27 g per day—were 14-percent less likely to develop the condition. Those that got the most from fruit—about 1.7 g—were 17-percent less likely to get it than those who ate the least, which was about 1.3 g. Each additional serving of the fruit mentioned above was associated with another five-percent risk reduction.

Trying to get 25-28 grams of fiber per day is generally recommended for optimal health, but when it comes to diverticulitis, it appears that sources matter. Aim for four-to-five servings of whole fruit per day, and one or two servings of whole grains. Eat a serving of vegetables with every meal to boost fiber and micronutrient intake, and contribute to an overall healthful diet.