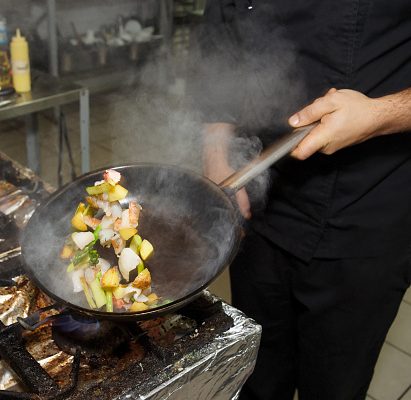 There are some days when we just don’t feel like eating in, but instead, grab a bite at a nice restaurant. For some people, this is a daily occurrence; they purchase nearly every meal they eat. But do you really think about the hygienic conditions in which your food is being prepared? How about if your food prepper has washed their hands?

These are some questions that are of great importance, but they are often neglected by the dining public because purchased meals are so speedy and convenient. But according to a new study conducted by a team of U.K.-based researchers, bad behaviors in commercial food kitchens are putting the public at risk for food poisoning.

Asking the chefs themselves

The results of a survey of over 200 chefs in the U.K. have revealed some startling facts:

A real problem in America as well

While this study did focus primarily on the U.K., its results do translate over to the United States. The restaurant industry in America is worth over $700 billion, with over 49 million people having reported visiting fast food restaurants in the spring of 2016.

With the great number of eating establishments in the Western world alone, it is not hard to imagine that a good portion of them are not handling food in a completely hygienic manner. Sadly, it is not always clear to the customer which establishments are to be avoided.

“Foodborne illnesses impose a huge burden on the U.K. population, and these results indicate a high prevalence of behaviors which can give people food poisoning. Masking the smell and taste of meat on the turn is an old industry trick, and the ability to do it means restaurants can cut costs. Showing you can do it shows a potential employer you are experienced in the industry,” said Professor Dan Rigby from the University of Manchester, one of the lead authors of the study.

The researchers hope that revealing the results of the study to the public will create more awareness of unhygienic and risky food-handling behaviors.

How long does food poisoning last?