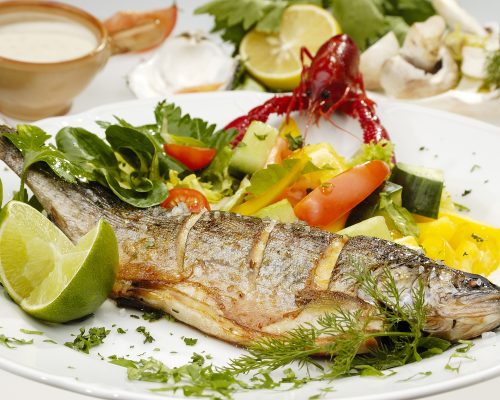 The researchers examined human brains and found that those who consumed seafood-rich diets had more mercury in their brains. However, no link was found between mercury levels and Alzheimer’s disease risk.

Lead author Martha Clare Morris said, “Everybody’s saying seafood has so many health benefits, but everybody’s afraid of the mercury. We saw absolutely no evidence that higher levels of mercury in the brain were associated with any of the neuropathologies associated with dementia.”
The researchers found that consuming moderate amounts of seafood could have a protective effect on the brain against Alzheimer’s disease.

There have been numerous studies that have revealed the protective properties of fish for the brain, including much research on the Mediterranean diet, revealing the benefits of n-3 fatty acid. Morris added, “It is to this day not quite clear whether the reason for the benefit of fish is to be found in its n-3 unsaturated fatty acid content, or whether the benefit from fish-containing diets is more complicated to understand.”

The study examined participants from Rush’s Memory and Aging Project who died between 2004 and 2013. At enrollment of the study, all participants were free of dementia and underwent neurological evaluations. Their brains had also been examined post-death. Seafood consumption was measured with weekly questionnaires.

Autopsies allowed researchers to collect brain tissues of 286 participants in order to look for evidence of dementia and metal accumulation.

The researchers found that consuming at least one fish meal a week was associated with less Alzheimer’s damage in the brain only among those with a genetic variant known as apolipoprotein E (APOE). People with this gene variant have a higher risk of developing Alzheimer’s disease, compared to those who don’t. The researchers did not find the protective properties of regular fish meals in those without APOE.

It is important to note that fish consumption is associated with lower stroke risk, which still makes it a beneficial food to incorporate into your diet.