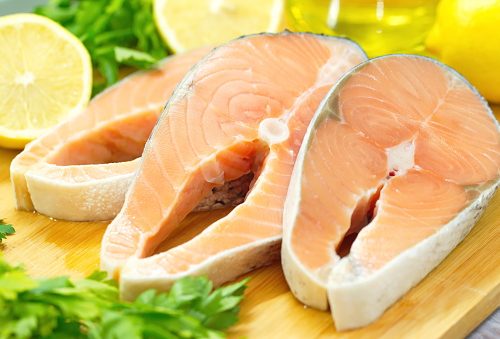 A new study has found that fish hold can help with turning fat cells which typically store fat into fat-burning cells. The findings could help reduce weight gain for those in middle age. The researchers found that fish oil activates receptors in the digestive tract which starts up the sympathetic nervous system which makes storage cells metabolize fat.

It’s important to note that not all fat cells store fat. White cells store fat which are used for energy and brown fat cells metabolize fat which creates heat and regulates body temperature. In babies brown cells are in abundance but over times they diminish in numbers.

Newly discovered is what’s called beige fat which has been found to act similar to brown fat and also reduce through aging. Without metabolizing cells fat can continued to become stored and not become used for energy.
Senior author Teruo Kawada said, “We knew from previous research that fish oil has tremendous health benefits, including the prevention of fat accumulation. We tested whether fish oil and an increase in beige cells could be related.”

Beige cells were also shown to become activated with the consumption of fish oil. Kawada concluded, “People have long said that food from Japan and the Mediterranean contribute to longevity, but why these cuisines are beneficial was up for debate. Now we have better insight into why that may be.”

Are ‘fitness foods’ making you fat?

How fruits can help you burn calories