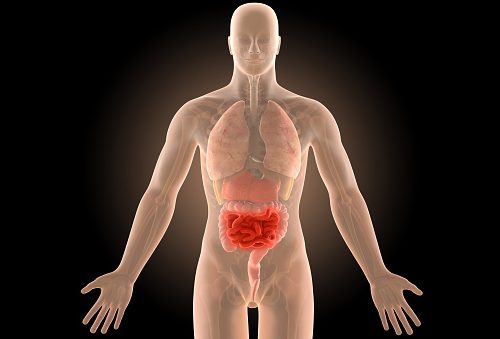 Fibrosis prevention in Crohn’s disease was found to be possible with new immune cell-related approach. The researchers from the University of Bristol have shown that a protein – IL-13 – could hold the key to the prevention of Crohn’s disease-related fibrosis.

A major complication of Crohn’s disease is fibrosis – the hardening and thickening – of the bowel wall. Eventually, the bowel wall becomes so narrow that feces cannot pass through.

Fibrosis occurs due to an overproduction of a protein that is normally involved in tissue healing.

The researchers found an increase in collagen synthesis and lack of control over collagen disposition in fibrotic intestine taken from Crohn’s disease patients and compared to normal individuals without Crohn’s disease. The researchers believe this has to do with an increase in IL-13 along with other mediators that promote fibrosis of other organs, including the lungs, liver, and kidneys.

Researcher Dr. Jenny Bailey said, “We have identified a novel population of IL-13-producing cells which, in intestinal samples, were found at very high levels in fibrotic muscle.  We believe these cells are key to the development of fibrosis. . Understanding how fibrosis occurs will help us to develop new medicines to treat patients.”

A study found that a natural protein made by the body may aid in fibrosis prevention in Crohn’s disease patients. Study author Hon Wai Koon said, “We found that the antimicrobial defense protein cathelicidin can prevent such intestinal fibrosis in pre-clinical disease models. These findings may lead to novel therapeutic approaches that prevent recurrent strictures in Crohn’s disease patients.”

Cathelicidin is made by many cell types, and previous work has shown it has anti-inflammatory properties and can suppress the synthesis of collagen which contributes to fibrosis.

The researchers studied the effects of cathelicidin in two preclinical models of disease and human colonic fibroblasts. They uncovered that cathelicidin not only limited weight loss, but reduced the production of pro-inflammatory cytokines.

“While the precise mechanisms by which cathelicidin promotes healing and inhibits fibrosis remain an area of future study, the advances described in this study may make it possible to prevent recurrent strictures and spare these patients from repeated surgery,” concluded Jerrold Turner, editor-in-chief of Cellular and Molecular Gastroenterology and Hepatology.