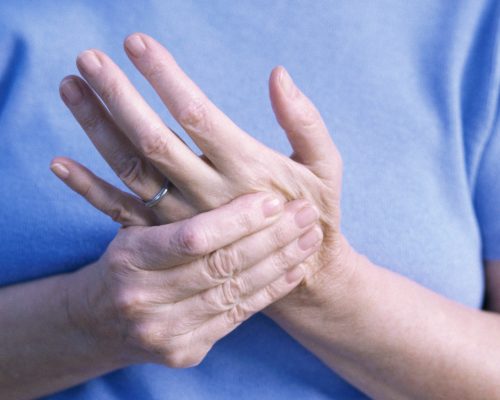 Fibromyalgia can affect the joints along with the muscles, tendons, and other soft tissues, resulting in pain experienced all over the body. Fibromyalgia may be a standalone condition or is can coexist with a type of arthritis. Living with both fibromyalgia and arthritis can be quite challenging, but it’s important to tackle both illnesses.

Fibromyalgia and psoriatic arthritis together

Fibromyalgia has been linked to many other health conditions including chronic fatigue syndrome and irritable bowel syndrome. The link may stem from adrenal fatigue and vagus nerve dysfunction. Fibromyalgia and psoriatic arthritis may be linked as well, as outlined in a study looking at 78 individuals of which 34 were diagnosed with psoriatic arthritis.

Of these 38 psoriatic arthritis patients, 53 percent also had fibromyalgia, compared to the 4.3 percent among patients who did not have arthritis.

In order to properly diagnose one or the other, it’s important to determine the underlying cause of pain in order to create a treatment plan.

Fibromyalgia affects roughly two percent of the American population, an estimated five million people. Generally, women have higher rates of fibromyalgia than men, and the condition is commonly diagnosed during middle age.

On the other hand, psoriasis – which is a precursor to psoriatic arthritis – affects as many as 7.5 million Americans. According to the Centers for Disease Control and Prevention (CDC), rates of psoriatic arthritis are about 10 to 20 percent among psoriasis patients, but the International Federation of Psoriasis Associations suggests that rates are higher – 30 to 50 percent. 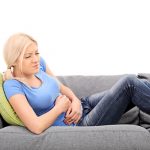 The main symptom of fibromyalgia is widespread pain, but it can more specifically include chronic muscle pain, spasms or tightness, moderate to severe fatigue, low energy, insomnia, waking up tired, stiffness upon awakening or after being in one position for too long, difficulty remembering and concentrating, fibromyalgia brain fog, abdominal pain, bloating, nausea, constipation, tension or migraine headaches, jaw and facial tenderness, sensitivity to light or odors, anxiety or depression, numbness or tingling or limbs, irritable bladder, reduced tolerance for exercise or physical activity, and feeling of swelling in the hands and feet.

Symptoms of psoriatic arthritis are similar to other forms of arthritis and include painful swollen joints, stiffness, swollen fingers or toes (look like sausages), tendon or ligament pain, skin rashes and changes to the finger or toe nails, fatigue, reduced range of motion, inflammation and redness of the eyes, and flares of symptoms, meaning they may strike and last for a while and then go away.

Causes of fibromyalgia and psoriatic arthritis

Like many other forms of arthritis, psoriatic arthritis is onset when the body’s immune system attacks itself. This means healthy cells are put under attack, which leads to inflammation in the joints and overproduction of skin cells.

Not much is known about why the body would start attacking its own healthy cells, but both environmental and genetic factors may be responsible. Research has uncovered some genetic markers that increase a person’s risk of developing psoriatic arthritis. 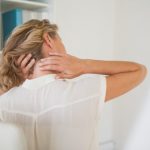 Fibromyalgia complications include poor ability to function due to lack of sleep, which worsens symptoms. Anxiety and depression, too, may be a result of fibromyalgia as it is not a well understood condition, so it can be frustrating to be living in pain when many others simply don’t understand, especially because there is no specific cure or treatment.

To diagnose psoriatic arthritis, your doctor will closely examine your joints for swelling, stiffness, and tenderness, check your fingernails for flaking and other abnormalities, and press the soles of your feet for any tender points. Although there isn’t a specific test for psoriatic arthritis, other forms of testing can rule out other causes of joint pain and stiffness to narrow down the diagnosis. Other tests your doctor may utilize include X-ray, MRI scans, blood test for rheumatoid antibodies – their presence suggests a diagnosis of rheumatoid arthritis and not psoriatic arthritis, and lastly, a joint fluid test where a doctor inserts a needle to withdraw fluid from the affected joint and check for uric acid to rule out gout.

There isn’t a specific test for fibromyalgia either, but doctors may use a form of testing that checks 18 specific trigger points, which have been found to be in majority of fibromyalgia patients. Not all doctors use trigger point exams anymore, but rather they narrow in on a fibromyalgia diagnosis if a person has experienced widespread pain for at least three months. Your doctor may also refer you for some blood work to rule out other conditions. 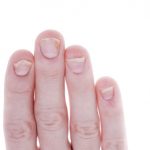 Treating fibromyalgia can be difficult as its exact cause is unknown. Therefore, the goal of fibromyalgia treatment is symptom management. A doctor may prescribe analgesics, or painkillers, to address fibromyalgia. However, there is a risk of developing an addiction to these drugs, so doctors may recommend this option with caution. Nonsteroidal anti-inflammatory drugs (NSAIDs) can also be taken for pain management, but once again long-term use of these drugs can yield unwanted side effects. In some cases, antidepressants may be prescribed as well.

There is currently no cure for psoriatic arthritis, but treatment options are available. Medical treatments involve the use of anti-inflammatory medications, disease-modifying anti-rheumatic drugs (to slow down progression), immunosuppressants (to tame the immune system), steroid injections (to reduce inflammation quickly), and joint replacement surgery.

Fibromyalgia and migraine patients are at a higher risk of suicide, study