Home » Health News » Feeling Sore? You Could Be in More Pain at a Younger Age Than Your Parents 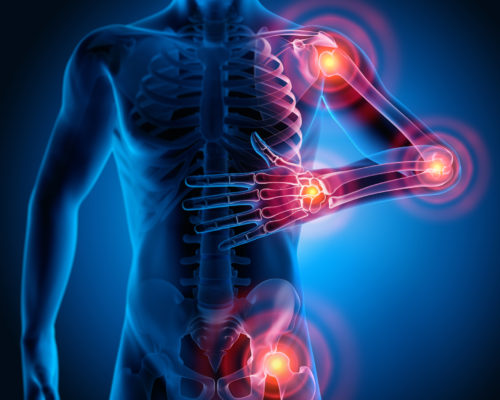 It’s easy to associate pain with old age. There has been more wear-and-tear on the joints, and it’s later in life where people are at a greater risk of being afflicted by chronic health conditions.

But that appears to be changing. New research suggests that in America, pain is hitting harder at significantly younger ages than it once did. People in their 50s are reporting significantly higher levels of pain than generations before them, and more pain than older Americans.

The Princeton University researchers who made the discovery looked at U.S. and international surveys on pain and found this phenomenon was unique to the United States.

They noticed that high levels of pain in middle-aged Americans were associated with education.

Researchers believe the cause of pain is multifaceted and not just due to wear and tear on joints or chronic illness. Instead, the opinion is that it is likely related to stressors like falling wages, job instability, fewer social connections, higher rates of divorce, and more.

This does not mean that pain is not “real.” Stress and other psychological factors can exacerbate physical pain, making the pain in your back and shoulder as bad as someone suffering from an injury or diagnosed chronic condition.

Social and economic factors, in addition to growing obesity rates, may be the reason why middle-aged Americans are feeling more pain than their older counterparts

Education played a major role in the findings, as well. Researchers noted that pain was far less likely, at any age, when people had a bachelor’s degree or higher.

When pain is stress-related, traditional treatments like pain medications don’t always work. And when job insecurity, a global pandemic, and other external factors influence movement, there isn’t always time for stress-relieving activities like exercise and yoga.

A few things you may have time for include guided mindfulness meditation. Some apps can help you relax. Using mindfulness to combat stressful situations throughout the day may lead to lower levels of pain.

Having lively conversations with friends and family, and engaging in productive activity—whether exercise or hobbies—when you have time may also help symptoms subside.