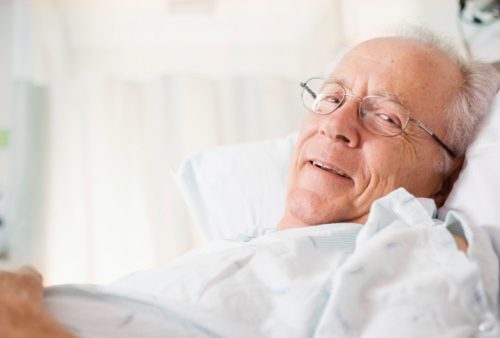 The common phrase, “You’re only as old as you feel,” has been found to hold true, as research suggests those who feel old have a higher risk of hospitalization. Study author Yannick Stephan said, “Previous research has shown it can affect your well-being and other health-related factors and, now we know it, can predict your likelihood of ending up in the hospital.”

The researchers reviewed data from three previous studies that were conducted between 1995 and 2013 and included over 10,000 U.S. adults.
The participants were asked how old they felt at the beginning of the study and completed questionnaires to uncover any experienced depression symptoms. The participants also reported any previously diagnosed health conditions.

During the follow-up, researchers checked if participants were hospitalized for any reason.

The researchers found that participants who felt 10 years older than their actual age had a 25 percent higher risk of hospitalization within two to 10 years of the study.

Study co-author Antonio Terracciano said, “Individuals with an older subjective age are more likely to be sedentary and to experience faster cognitive [mental] decline, all of which may precipitate a hospital stay.”

Depressive symptoms and worsened health helped increase the feeling of being older. The researchers believe asking how old patients feel could be an early indicator of future hospitalization and help identify those who are at risk.

Stephan concluded, “People who feel older may benefit from standard health treatments — for example, through physical activity and exercise programs, which may reduce their risk of depression and chronic disease, and ultimately their hospitalization risk.”