Home » Health News » Feeling Old? How Vitamin B12 Might Help 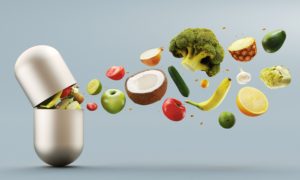 Sometimes you can feel “old” and have no idea why. It could be a little extra fatigue, some confusion, or a difficult lack of strength that you chalk up to aging. These things can creep up slowly, after all, making them difficult to notice.

But what if it’s not just normal aging? Might there be an underlying reason why you’re feeling this way?

It’s estimated that 20-percent of people over 60 have low levels of vitamin B12. Many likely have no idea. Further, it’s not the first thing that may come to your doctor’s mind when you report symptoms like fatigue, weakness, or disorientation.

Vitamin B12 plays an important role in several essential bodily processes, including red blood cell production, nerve function, and making DNA. Because of its reach and versatility, deficiency can show up in several seemingly unrelated ways. Some signs you could be low include:

To hit vitamin B12 targets, people need to absorb 2.4 micrograms per day. This, for most people, is relatively easy to meet, the exceptions being vegans, vegetarians, and people who limit animal product intake. The primary sources of B12 are dairy, meat, fish, and eggs. But people over 60 are at risk because they do not always adequately absorb vitamin B12 even if they’re eating enough of it.

According to the Institute of Medicine, 10–30 percent of people over 60 have a hard time absorbing all the B12 from their food. The reason is that stomach acid production declines with age, and the enzymes responsible for B12 may end up lacking. Further, people 60+ are more likely to be on medications that can impact absorption. Metformin, the diabetes drug, and heartburn meds like Zantac and Prilosec, can also inhibit vitamin B12 uptake.

If you’re feeling “old,” trying to boost vitamin B12 intake might help. Including more meat, poultry, fish, dairy, and eggs might help you get there. Swapping some eggs or Greek yogurt for a carb-heavy breakfast might help, as can adding some fish or meat to lunch salads. If concerned about B12 levels, talk to your doctor about supplementation, as well.