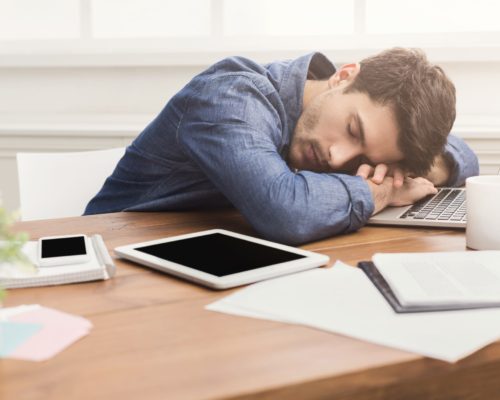 It’s hard to get out there and give it your all each day. If you’re feeling tired and unmotivated for about a week, don’t worry about it: that’s normal. Especially with age. But feeling down and out for longer than two weeks may be cause for concern, especially if other symptoms arise.

Energy isn’t all about age, though. For example, last weekend my wife and I outlasted children and teenagers at the trampoline park, shocking the staff so much that they gave us unlimited jumping time. With that, let’s take a look at how lifestyle can boost energy and allow you to overcome fatigue.

Proper Pacing: Sometimes it’s easy to stack commitments on top of each other, leaving little left in the tank for later. Instead of going hard for an extended period of time, pace yourself by breaking up activities or commitments into chunks throughout the day. For example, as opposed to cramming five things into the day before lunch, split up your battery for morning tasks, afternoon commitments, and evening activities. Allow yourself some time to recharge with downtime and a meal in between each.

Sneak in a Nap: If you have nowhere to be, you can recharge with a quick power nap in the earlier hours of the day. Sneaking in some shuteye for about 20-30 minutes can leave you feeling energized for the rest of the day. Just make sure you don’t sleep for too long or nap too close to bedtime; it could make it harder to sleep through the night.

Get Regular Exercise: Getting regular exercise can help lessen overall fatigue. It can boost energy levels by releasing feel-good neurotransmitters like dopamine, serotonin, and norepinephrine. The catch is that to get these benefits you’ll need to exercise daily. Any kind of activity counts. Also, if you need a quick pick-me-up, a walk around the block can work just as well, or better. And if you want the most bang, it seems that a coffee followed by an immediate nap might work the best!

Eat Smart: Eating protein, “good” fats, and slow-digesting carbs can help avoid crashes and provide consistent energy throughout the day. Instead of snacking on a muffin or another refined carbohydrate-based item, have some Greek yogurt sprinkled with nuts and raisins. Also, try eating smaller meals more frequently. Your brain and body benefit from getting nutrients throughout the day, which provide energy. Further, skipping meals or eating only three big meals a day can have a negative impact on energy levels by promoting crashes.

If you’re a little low on energy, give these tactics a try. They could be just what you need! Of course, if you have other symptoms and fatigue doesn’t subside in a couple of weeks, talk to your doctor. There could be something else behind it.