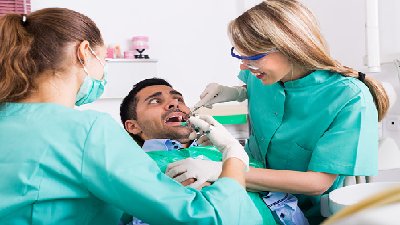 If you cringe or become anxious about your upcoming dental visit, new research suggests that talk therapy may help you overcome your fear. A British study used cognitive behavioral therapy (CBT) as an approach to treat phobias of the dentist. Lead researcher Tim Newton said, “CBT works by providing individuals with skills to address their fear.”

Participants underwent CBT sessions where they were to replace negative thoughts with positive ones and were given skills to help tackle anxiety as a take-away from the sessions.

Newton added, “We discuss with them when we discharge them the fact that their anxiety [about dental visits] will come back, but that they know what to do — don’t avoid, take gradual steps and challenge those thoughts.”

Participants consisted of 130 men and women over the age of 40 who were part of therapy sessions led by a psychologist. Nearly three-quarters of the participants had full-fledged phobias where the others had some degree of fear of the dentist.

After the therapy sessions, 79 percent of participants underwent dental procedures without sedation, six percent had procedures with sedation and 15 percent either withdrew from therapy or were not considered suitable to start therapy due to other issues.
Previous research conducted by Newton revealed that those with anxiety towards the dentist tended to have worsened oral health and more cavities. Other studies have found that the benefits of talk therapy on dental phobias have been long-lasting and it should be promoted as a means to treat dental phobias rather than the use of sedation.

The findings were published in the British Dental Journal.