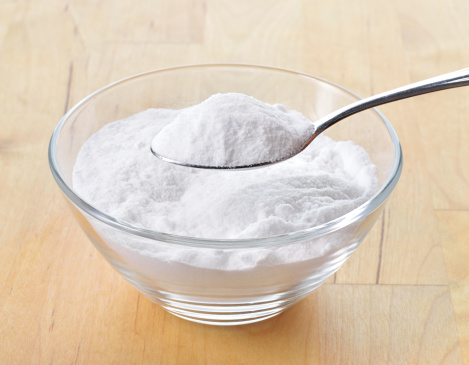 In what consumer advocates see as long overdue, pure powdered caffeine has come under the FDA scanner, and the outcome is not looking too good. In fact, the FDA (Food and Drug Administration) has even warned some producers of pure caffeine via official letters.

Earlier this week the FDA classified caffeine powder – often used as an additive in beverages – as “potentially dangerous.” The agency believes that caffeine side effects are dangerous, and the product presents a significant or unreasonable risk of illness or injury. The FDA is not far from the truth.  In its pure unadulterated form, caffeine is very powerful. A teaspoon of caffeine powder roughly equals 28 cups of coffee, and a tablespoon can be lethal. A 100-gram package has about the same amount of caffeine as 3,000 cans of Coke or 1,250 cans of Red Bull.

The warning comes close on the heels of the news about two otherwise healthy young men who died after using too much of the dangerous powder. In fact, the fatal outcome might have prompted the FDA’s course of action regarding powdered caffeine.

Given its potency, it’s hard to measure out safe amounts of pure caffeine. As the difference between a safe amount and a toxic dose of pure powdered caffeine is very small, regular kitchen measuring tools are not a safe option. How tightly or loosely the powder is packed on the spoon could make a huge difference. A difference of life and death.

Even a little extra over the safe limit can lead to a rapid or dangerously erratic heartbeat, seizures and even death, so the best way to avoid pure powdered caffeine effects is to use a precise scale.

In the past, there have been vociferous appeals against the sale of pure caffeine as an energy product. The Center for Science in the Public Interest believes – as the product is riskier than consumers understand – it should be banned.

According to Laura MacCleery, the center’s regulatory affairs director, comparing caffeinated drinks with pure caffeine is like comparing a table knife to a table saw. She also feels it’s a shame that the product is sold in a zipper-sealed bag without any warning labels or child-proof mechanisms. She hopes the move by the FDA is a first step toward a ban, not a substitute for one.

As part of their investigations, the FDA analyzed the packs and found that some of the packages from Bridge City Bulk (one of the companies that was warned) contain an amount that would be lethal to many consumers.  The company was asked to take prompt action to correct the violations, failing which the agency would seize the product and ban further production.

The other companies that were given a 15-day window to clean up their act and abide by FDA guidelines are PureBulk, Hard Eight Nutrition, SmartPowders, and Kreativ Health.

Even as you read this, Bridge City Bulk has stopped production. Whether the other companies will do the same, or whether they will include measuring devices or simply change the quantity in the packages, is not yet clear.

In the meanwhile, the FDA continues to monitor the marketplace for pure powdered caffeine products. Rest assured, violations will not be tolerated and the FDA can pursue enforcement action, such as seizure of the product or an injunction to prevent the firm from continuing to manufacture or market the product.