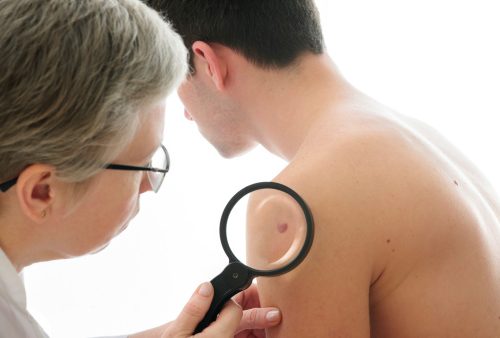 A new treatment for melanoma has been approved by the U.S. Food and Drug Administration to help treat deadly skin cancers. The medication is a genetically engineered cold sore virus that “blows up” melanoma tumors. The medication is called Imlygic (talimogene laherparepvec), and it is the first to fight lesions in the skin’s lymph nodes. It is important to note that medication did not improve overall survival and did not stop the spread of the cancer to other parts of the body.

Dr. Karen Midthun from the FDA said, “Melanoma is a serious disease that can advance and spread to other parts of the body, where it becomes difficult to treat. This approval provides patients and health care providers with a novel treatment for melanoma.”

The drug is injected directly into the tumors, where it replicates inside the cancer cells and causes them to burst and die. When the tumor ruptures antibodies are released, which supports the immune system.

Injections are given over the course of several weeks with duration extending until no tumors remain.

The FDA approved the medication based on 436 patients with advanced melanoma that could not be removed surgically. Some patients received the now-approved medication, while others received a different form of treatment.

A decrease in tumor size, that lasted six months, was seen in 16 percent of patients who received Imlygic, compared with only two percent from the other treatment group. Common reported side effects were fatigue, nausea, flu-like symptoms and pain at the injection site.

Due to Imlygic being a variant of the herpes virus, cold sores can develop; therefore, medication should not be administered to patients who are pregnant or have a weak immune system.

The price of a six-month program is $65,000, and the manufacturing company says they will have it available within a week’s time.

It is estimated that melanoma cases will rise to 74,000 Americans this year and 10,000 are expected to die from it.