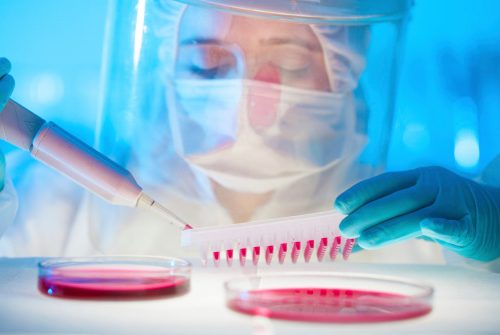 The FDA has approved an experimental drug from Johnson and Johnson that may be able to help advanced multiple myeloma. Multiple myeloma is cancer of the plasma cells in the blood – plasma cells are found in bone marrow. The drug is called Darzalex and is intended for patients who have already tried three other forms of treatment with little or no success.

Darzalex is given as an infusion along with a monoclonal antibody that supports the immune system and helps attack cancer cells.

Darzalex has undergone a clinical trial, using 106 patients with multiple myeloma. What researchers found was that tumors shrank in 29 percent of the patients and benefits lasted on average for 7.4 months. In an additional trial of 42 patients, 36 percent of those on Darzalex saw a partial or complete reduction in tumors. This was the first time a drug was effective against myeloma without the assistance of other medications.

Commonly reported side effects of the drug were nausea, fatigue, back pain, fever and cough. It’s estimated that 26,850 Americans will be diagnosed with multiple myeloma in 2015.

Patients in the clinical trials all became resistant to common treatments for myeloma, including Takeda’s Velcade, Celgene’s Revlimid, and Kyprolis.

The new approval offers hope to patients when other medications have failed them.