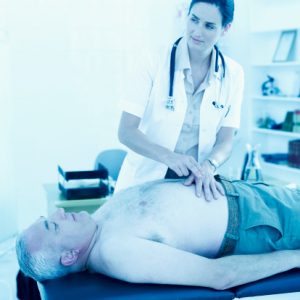 First author, Rohit Loomba, said, “The most common known causes of hepatic fibrosis have been viral hepatitis C infections, alcohol abuse, poor diet and obesity and nonalcoholic steatohepatitis or NASH, which resembles alcoholic liver disease but occurs in people who drink little or no alcohol. We found, however, that hepatic fibrosis and steatosis (infiltration of liver cells with fat) are strong genetic traits. At around 50 percent heritability, they’re more genetic than body mass index.”

Cross-sectional analysis of 60 pairs of twins was conducted to achieve their results. MRI technology was used to determine the fat accumulation in the twins’ livers as well as liver stiffness. Twenty-six of the 120 participants had nonalcoholic fatty liver disease (NAFLD). NAFLD can be a precursor to hepatic fibrosis.

Loomba added, “This evidence that hepatic steatosis and hepatic fibrosis are heritable traits has major implications. It means that we can now look for the relevant genes as potential therapeutic targets.”

Hepatic steatosis and fibrosis have become popular areas of study as of late. There are currently over a dozen different trials underway to learn more about both conditions. NAFLD is the most common form of liver disease affecting an estimated 80 to 100 million Americans.

The findings were published in Gastroenterology.