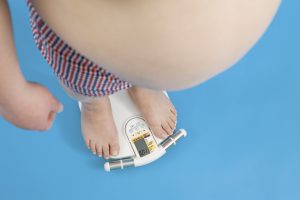 A new study has found a link between fatty liver and heart failure in obese individuals. The findings stress the importance of dietary intervention in those who are obese.

Lead author Ralph L. Widya said, “One of the unique aspects of our study is that we took all of the individual components of the metabolic syndrome into account as possible confounders in this association, as the metabolic syndrome is associated with NAFLD and with cardiovascular disease.”
The researchers used proton magnetic resonance spectroscopy to measure fat in the liver noninvasively and also used MRI to determine heart function of 714 patients. Forty-seven percent of participants were overweight and 12 percent were obese.

An increase in hepatic triglyceride revealed to be associated with a decrease in function of the left heart ventricle in obese people. Dr. Widya added, “Our results may be of importance in cardiovascular risk stratification in obesity, because there is a large variation in the degree of hepatic steatosis in obesity. Also, more emphasis should be put on dietary interventions to reduce or prevent hepatic steatosis.”

Although an association between fatty liver and heart failure has been found, there is still no clear understanding as to why they are linked. Several factors could play a role in this connection, like the presence of disease-fighting white blood cells or an increase in cytokines. Further research is required to obtain a more in-depth understanding of this association.