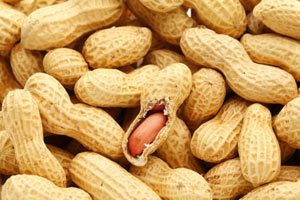 A U.S. district court judge has ruled the case against a grocery store in the death of an 11-year-old boy will proceed.

The lawsuit could have broad implications for all grocery store bakeries.

According to court records, on May 31, 2014, Derek Landon Wood and his mother were visiting family out of state when they went into a Publix grocery store. Wood, who was diagnosed with severe allergies including tree nuts, asked his mother to buy him a cookie.

His mother, Beth Cline, alleged there were no signs on or near the bakery country to advise of allergens or the potential for allergens in the bakery. She said she asked an attendant whether or not the cookie contained any nuts and was told no. She purchased two cookies, which were placed into bags containing no labels, according to court records.

Wood ate the cookie and suffered anaphylactic shock. He died later that day.

Among the claims brought against Publix is negligence and violations of the Food Allergen Labeling and Consumer Protection Act (FALCPA). The allegations have not been proven in court.

The legal interpretation of FALCPA will be key as the case moves forward. FALCPA became law in 2004. It requires that all foods containing the eight major allergens be identified to protect consumers. Exemptions include foods placed in a wrapper or container as made-to-order.

In her decision to allow the case to proceed, U.S. District Judge Aleta Trauger wrote “Publix appears to contend that, because products sold from behind the display case are not packaged and can be sold individually, the products are indistinguishable from cookies sold at a mall cookie counter or a muffin sold at a coffee cart.”

She added that since the cookie was not served with the intent to eat right away – it was placed in a bag to take home – the case will proceed.