Home » Health News » These Factors Impact How Long You Will Live 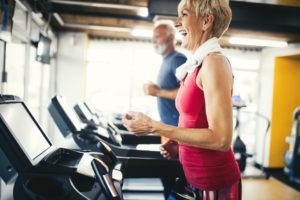 Many factors play a role in a person’s longevity. Some of the most common ones are cholesterol, diabetes, smoking, and blood pressure status, but a recent study has found improved markers that could shed greater light on a person’s longevity than these traditional markers.

The study included over 6,500 people over the age of 70 who endured exercise stress tests, which were done between 1991 and 2009. Participants were followed for ten years after the testing. During the follow-up period, 39 percent of participants died. Those who were found to be most fit were twice as likely to live a decade longer compared to those who were least fit.

What was interesting was that many of the factors that are linked to heart disease were not associated with a higher risk of death. Those with no heart disease risk factors had the same risk of death than those with three or more factors. The biggest association with longevity was the fitness level.

Researcher Dr. Seamus Whelton explained, “Fitness was found to be a strong risk predictor of survival in the elder age grouping, regardless of being otherwise healthy or having cardiovascular risk factors; being more fit means you are more likely to live longer than someone who is less fit.”

“Findings emphasize the importance of being fit. Those who are sedentary or don’t exercise would benefit from a routine starting with low to moderate intensity exercises, but should talk with their physicians first,” continued Whelton.

The study lends more evidence to the importance of regular exercising and continuing to be active, even in your older years. It is a simple task which can add years to your life!