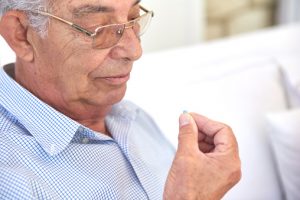 Endurance experts are suggesting that drugs could be beneficial to help “lazy” people exercise. The drugs in question are psychoactive drugs, and they may be able to get those who are normally sedentary to start moving.

One of the foremost barriers to exercise is physical exertion, along with a lack of time. Dr. Samuele Marcora suggests that using stimulants like caffeine or psychoactive drugs could reduce the perceived exertion during exercise and help people stick with their fitness plans.

Dr. Marcora argues that perceived exertion during physical activity is the biggest limitation and they reason why people would rather use up their leisure time sitting in a chair instead of moving. Although his suggestions may seem radical, he suggests we need to find ways to motivate those with the lowest motivation levels, to encourage them to start something as easy as walking.

Furthermore, reducing the perception of exertion would also be beneficial for those who are overweight or obese who simply think it is too difficult to exercise.

The use of psychoactive drugs is already used for obesity and to quit smoking, but Dr. Marcora believes it would be harder to use them to promote physical activity due to the controversy around doping in sports.

Physical inactivity is responsible for twice as many deaths as obesity, so Dr. Marcora hopes that the use of psychoactive drugs will be considered as a serious treatment method to combat sedentary lifestyles.