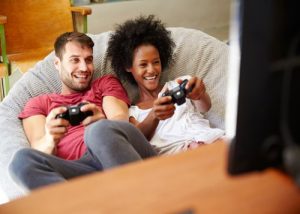 How many articles have you read about the negative effects of video games on the minds and bodies of our youth? You’ve likely read dozens, but this article isn’t one of those. With the advancements in video game technology now creating ever more realistic graphics and virtual reality experiences, the negative effects have declined. In fact, a new study says that video games that focus on exercise, as several consoles and games do, can actually improve quality of life.

Some video games promote physical activity, with sensors that track a player’s movements, ensuring they match the task of the specific game. Games such as these are known as “exergaming,” because the player exercises while they game. The range of motion offered by these games varies, from as small as arm movements in virtual tennis to engaging your entire body by completing a complex dance routine.

This type of video game playing has been shown to improve the quality of life in heart failure patients, in a new study from Linköping University in Sweden. One of the researchers responsible for the study Tiny Jaarsma says “Exergaming is an alternative way for patients with heart failure to be physically active. It increases their fitness and can improve their wellbeing because they can do more in their day-to-day life.”

The design of the study was simple. Two participant groups were formed from heart failure patients, one for exergaming and one for the standard prescribed exercise. The exergaming group had the gaming module installed in their homes, were given a tutorial on how to use it, and were instructed to play the game for 30 minutes a day. The control group (the standard exercise group) were instructed to be physically active for 30 minutes every day. In total, 605 heart failure patients participated in the study.

Capacity for exercise was evaluated at the beginning and then again at the end of the study using a standard six-minute walk test. When the study began, both groups demonstrated the same average distance that could be walked. The results of the study showed that participants in the experimental group who used the exergaming module for 30 minutes a day could walk significantly further than those in the control group for three months time.

Not only were the experimental group able to walk farther, they also had an increased quality of life and no increase in symptoms of anxiety or depression.

About the results, Jaarsma says, “Exercise is recommended for all patients with heart failure, but many don’t do it because they feel too tired to go out, the weather is too bad, or they’re not motivated. Exergaming is an ideal option for some patients.”

Exergaming provided participants with the ability to maintain their exercise regime despite weather conditions or motivation. With so many different gaming options available, there is an exergaming routine out there for everyone.