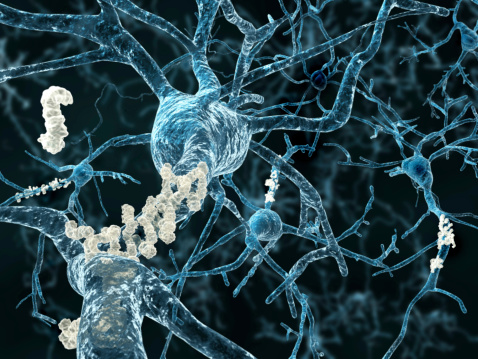 An excess of the tau protein found in the brain may cause the spatial disorientation that makes those with Alzheimer’s disease wander, according to a recent study. Researchers from Columbia University Medical Center have found a link between the build-up of tau protein in the navigational nerve cells within the brain and spatial disorientation that causes wandering in those with early stage Alzheimer’s.

The study was headed by Dr. Karen Duff and focused on excitatory grid cells within the entorhinal cortex in mice. These grid cells are responsible for creating an internal map of a person’s surroundings and help to guide the individual. To determine how an excess of tau protein could affect these grid cells, Dr. Duff and her associates compared mice engineered to have a build-up of tau in their entorhinal cortex to those who did not, as they navigated a variety of different environments and performed spatial cognitive tasks.

The results showed that the mice with the tau build-up in their navigational nerve cells performed these tasks and navigated their environments much worse than the control mice. This shows a connection between an excess of tau protein in the entorhinal cortex and the impairment of the functioning of grid cells.

Further analysis of the mice indicated that it was only the excitatory grid cells that were attacked by the tau protein, while the inhibitory grid cells saw no change. According to Dr. Hongjun Fu, who worked with Duff on the experiment, “It appears that tau pathology spared inhibitory cells, disturbing the balance between excitatory and inhibitory cells and misaligning the animals’ grid fields.” This imbalance between excitatory and inhibitory grid cells may be what causes spatial disorientation in humans with Alzheimer’s, and results in the wandering that is common during the beginning stages of the disease.
Wandering is a symptom found in three out of every five Alzheimer’s patients, and can be detrimental to the patient’s health and well-being as they may get lost and are left vulnerable to the elements and susceptible to injury. Further research on the connection between excess tau protein and a disruption of grid cells may lead to a better understanding of why these patients wander and even future treatments to prevent this symptom. This study also opens the door to the possibility of creating early detection tests to help diagnose Alzheimer’s earlier, in order to better treat it.