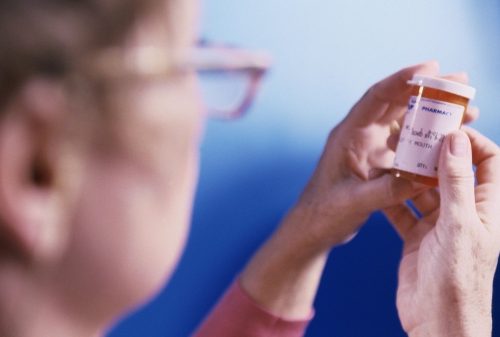 A new study found that epilepsy patients may benefit from a one-a-day medication instead of the traditional two-a-day drug, which is currently used. The findings are still in their early phase, and the researchers compared the effectiveness of eslicarbazepine acetate (Aptiom), which is a one-a-day drug, to carbamazepine (Tegretol, Carbatrol), a two-a-day drug, in over 800 patients newly diagnosed with partial seizures. The researchers found that after six months, 71 percent of one-a-day users and 76 percent of two-a-day users were seizure-free.
After one year, 65 percent of one-a-day users and 70 percent of two-a-day users were seizure-free. Lead researcher Dr. Elinor Ben-Menachem said, “Seizure control is crucial. A once-a-day drug may help people stick to their medication schedule. Memory issues, fatigue, or a complicated medication schedule can all interfere with a person taking their seizure-control medications on a regular basis, so having a once-daily option for patients, especially when they are newly diagnosed and still learning to manage the disease, may be beneficial.”

Dr. Sean Hwang, an attending neurologist at Northwell Health’s Comprehensive Epilepsy Care Center added, “The study shows eslicarbazepine to be as effective as the older, more tried-and-true drug, carbamazepine, from which it is derived. A longer-acting compound, with once daily dosing, may make it easier for patients to comply with their medication regimen, avoid missed doses, and reduce their risk for breakthrough seizures.”