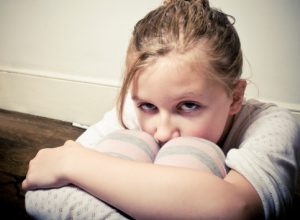 Epilepsy, even controlled, can still cause problems in children, such as learning and behavioral issues. Lead author Anne Berg said, “Frequency and intensity of seizures remain important predictors of how well a child does into adulthood. But, somewhat to our surprise, we also found seizures are by no means the sole influencers of social and educational outcomes among adults with childhood epilepsy.”

The study included 241 children and teens in Connecticut, all diagnosed with uncomplicated epilepsy, who were followed for 12 years on average.

Thirty-nine percent of children had their condition well under control, 23 percent had good control, and nearly 30 percent had seizures that came and went but responded well to medication. Lastly, eight percent had recurrent, drug-resistant epilepsy.
Among those with good seizure control, over 90 percent were either pursuing a college degree or had a job, compared with 60 percent of those who had their seizures poorly managed.

Those with a history of learning problems were 50 percent more likely to be unemployed.

Seizure control, or lack thereof, was not associated with trouble with the law. However, those with disruptive behavioral disorders were three times more likely to have a run-in with the law, regardless of seizure control.

Berg concluded in the news release, “Physicians caring for those patients should not assume kids are doing fine just because their seizures are under control. Seizures really don’t tell the whole story.”

The findings were published in Pediatrics.