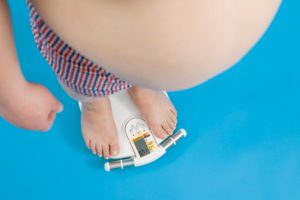 If you had the choice, you’d probably choose to be thin and healthy for the rest of your life. This is much easier to maintain in our younger days, as when we age, we tend to lose this motivation, gaining weight and becoming fat despite our desire not to. While much of this can be attributed to a lack of willpower to put down unhealthy food and exercise regularly, new research may have found a more biological link to weight gain. An enzyme found in our bodies could be the real culprit behind increasing waistlines.

A team of researchers at the U.S. National Heart, Lung, and Blood Institute (NHLBI) believe that they have isolated an enzyme in mice associated with obesity and a loss of exercise capacity in mid-life. Named DNA-PK, this enzyme may be a point of study for the eventual development of new weight loss medications, according to the researchers.

The study in mice began by feeding two groups of mice high-fat diets, and then giving a drug that inhibited the DNA-PK enzyme to one group and not giving it to the other. What they discovered is that the enzyme inhibited group saw a 40 percent less gain in weight compared to the other.

“Our society attributes the weight gain and lack of exercise at midlife [approximately 30-60 years] primarily to poor lifestyle choices and lack of willpower,” said study lead author Dr. Jay Chung, head of the institute’s Laboratory of Obesity and Aging Research.

It is estimated that the average weight gain between the ages of 20 and 50 is about 30 pounds despite the usual trend of eating less as we get older. The researchers found that the DNA-PK activity increases in animals as they age and is thought to aid in the conversion of nutrients from the food we eat into fat.
“Our studies indicate that DNA-PK is one of the drivers of the metabolic and fitness decline that occurs during aging, which makes staying lean and physically fit difficult and increases susceptibility to metabolic diseases like diabetes. The identification of this new mechanism is very important for improving public health,” said Chung.

While this does shed new light on the biochemical processes that promote weight gain, the researchers stress that animal studies don’t always translate well to humans. Obesity has been linked to a number of chronic diseases such as heart disease and type 2 diabetes, and finding a new way to help decrease this risk can save many lives in the long term.

While a lot of research studying the DNA-PK enzyme still needs to be done, discovering it has opened the door to the possibility of a new type of weight loss medication. But for the moment, the best course of action is still calorie reduction and increased exercise.