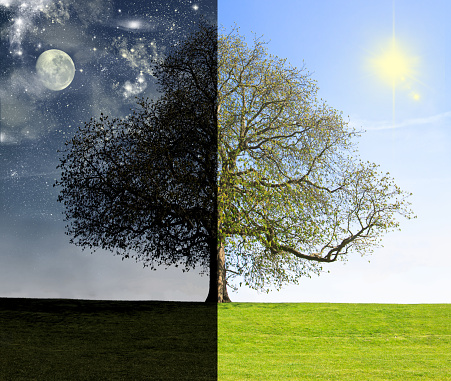 Diabetes is a grave problem that affects nearly 29 million Americans, and nearly 89 million live with prediabetes—a serious health condition that increases a person’s risk for type 2 diabetes and other chronic diseases. Prediabetes refers to blood sugar (glucose) levels that are higher than normal, although not yet meeting the criteria for a type 2 diabetes diagnosis. According to a recent nutritional study, our internal clock may have an influence on glucose metabolism, as it was found that men with prediabetes who consumed high carbohydrate foods in the evening had higher blood glucose levels compared to healthy study participants.

The human body is a complex system of checks and balances that need to be maintained in order to stay healthy. We know that our sleep-wake cycle plays a role in regulating our body, employing a sort of daily rhythm. Previous human observational studies have shown that people who eat a high-carbohydrate, low-fat diet in the morning have a reduced risk of type 2 diabetes or metabolic syndrome, with rodent studies also showing that the internal clock affects the metabolism of foods.

The study in question followed a total of 29 men who were about 46 years old with an average body mass index of 27, with some being normal and others being very overweight. Researchers found that 11 of the participants had a glucose metabolism disorder at the start of the study, with increased fasting blood glucose levels or blood glucose levels declining significantly slower than normal after a glucose load test. The remaining 18 participants had normal glucose tolerance. Two different diets were followed for four weeks each, both providing the same number of calories, carbohydrates, fats, and proteins, but the time of day of the participant’s consumption of mostly carbohydrates or fats differed. This allowed the scientists to observe the metabolic values of those participants assigned to high-carb foods in the morning to early afternoon, reserving high-fat foods for late afternoons and mid evening for four weeks, versus an opposite diet plan observed for another four weeks.
The results showed that, at least for men with a glucose metabolism disorder, the time of day that high-carb foods were eaten had an impact. In this particular sub-group, it was found that eating high-carb food at night displayed an average blood glucose level 7.9 percent higher than what was observed when eating high-fat foods at the same time of day. Interestingly, there was no such correlation found in healthy participants, but a general decline in glucose tolerance during the course of the day was noticed in both healthy and those with a glucose metabolism disorder.

“The circadian rhythm of the hormonal release thus influences the way we react to carbohydrates,” said endocrinologist Pfeiffer, who heads the Department of Clinical Nutrition at the German Institute of Human Nutrition (DIfE).

The researchers and scientists recommend that those with altered glucose metabolism—and perhaps prediabetes—should be more cautious and avoid high-carbohydrate meals in the evening to better regulate glucose metabolism and decreased type 2 diabetes risk.