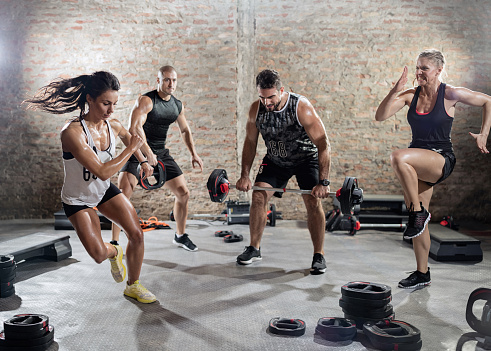 A vigorous workout can cause temporary unfavorable changes to the immune system as your body recovers from exercise, though a new study from Queensland University of Technology has found a way to combat this: carbs.

Researchers have discovered that consuming carbs throughout the course of your workout or immediately afterwards can help the body restore its normal immune function faster. They believe these restorative effects come from the blood sugar regulating abilities found in healthy carbohydrates that can help lower your body’s response to stress and moderate any unwarranted response of the immune cells.

While carbohydrates can help to regulate immune response during or after periods of physical stress, the researchers have acknowledged that further research is necessary to determine whether this regulation can also help prevent illness and infection.

Dr. Jonathan Peake, co-author of the study, explained that while exercising can increase and decrease the number of white blood cells found naturally in the blood, the impact on levels is not long-lasting or a cause of a weakened immune system. He stated, “People often have fewer natural killer white blood cells after a workout but we now believe they move to other parts of the body, rather than being destroyed.” This could mean that while the body’s immune response is affected by exercising, there is not permeant change that results in a weakened immune system.

Dr. Peake further explained, “Exercise is a form of stress and more vigorous exercise creates more physiological stress which causes physiological and biochemical changes in the body. To tackle the potential threats these changes highlight, the immune cells may simply move out of the blood stream to the lungs, for example.” He also posited that the more intense the level of exercise, the longer it will take for the immune system to return to normal, so while these white blood cells may not be gone forever, a period of intense exercise can still leave you more vulnerable to illnesses.
He explained, “Epidemiological evidence suggest that regular moderate exercise protects against upper respiratory illnesses, like the common cold, whereas regular intense exercise increases the risk of upper respiratory illnesses.”

This research suggests that consuming carbs either during or after periods of high-intensity exercise may help your immune system recover faster and better protect you against potential illnesses.

Related: Eat these foods for a strong immune system

7 common habits that put your immune system at risk