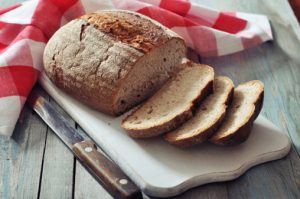 Carb lovers rejoice! In a shootout between dietary fats and carbs, to find out which is better for cutting body fat, dietary fats wins hands down. To be more specific, a research study proves that when obese adults cut down the intake of dietary fat it led to 68 percent higher reduction of body fat than when they cut down the same number of carbohydrate calories.

In a study conducted at the Metabolic Clinical Research Unit at the NIH Clinical Center in Bethesda, Maryland, researchers gathered data from 19 obese men and women who were not diabetic. The participants were given the same food and the same exercise routine during two extended visits of 11 days each.

For the first five days of the initial extended visit they were given a baseline balanced diet. For the remaining six days they were fed diets that had 30 percent fewer calories, achieved by cutting total carbs from the baseline diet, but not altering the amount of protein.

For the first five days of the second extended visit they were given the same baseline balanced diet. For the remaining six days they were fed diets that had 30 percent fewer calories, this time achieved by cutting total fats from the baseline diet, but not altering the amount of protein.

The researchers found that in the controlled diet environment, the reduction of carbs prompted a dip in the production of the fat-regulating hormone insulin and an increase in fat burning. However, with the fat-restricted diet, though there was no alterations in insulin production or fat burning, there was greater loss of body fat.

The results of the research, which was conducted at NIH’s National Institute of Diabetes and Digestive and Kidney Diseases (NIDDK), can be found in the August 13th edition of Cell Metabolism.

The lead author of the study, Kevin Hall, Ph.D., NIDDK, sums up the study nicely: “Compared to the reduced-fat diet, the reduced-carb diet was particularly effective at lowering insulin secretion and increasing fat burning, resulting in significant body fat loss. But interestingly, study participants lost even more body fat during the fat-restricted diet, as it resulted in a greater imbalance between the fat eaten and fat burned.”

The result of this study refutes the prevailing theory – for a body to lose fat it requires a decrease in insulin production and a release of stored fat from fat tissue, thus increasing the burning of body fat.

According to NIDDK Director Griffin P. Rodgers, MD, this NIH study provides a great insight into how different types of calories affect metabolism and body composition. But as with every study, new answers eventually lead to newer questions. There is still a lot to learn about the complex topic of weight loss.

The data from this study reveals that in the realm of body fat loss, not all diet calories are exactly the same. However, the real world is very different from a research lab, so for obese people to drop the pounds, the important question is which type of diet is easier to stick to over an extended period of time.