Home » Health News » Eating Broccoli May Save Your Liver 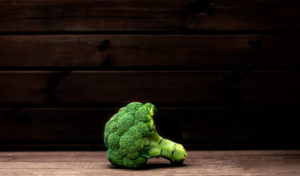 Broccoli might not have the appearance of other superfoods. It certainly lacks exclusivity and exotic features of goji and acai berries. But new research is showing it plays a key role in the fight to protect your liver.

Non-alcoholic fatty liver disease, or NAFLD, is a growing health problem across the world. As the prevalence of overweight and obese individuals grows, so do the number of cases of NAFLD. They are very closely related.

NAFLD is liver damage largely caused by diet and fat gain. It is marked by scarring on the liver, low-grade inflammation, and fat accumulation in the liver, all of which inhibit liver function. Your liver is very important to health as it served a number of metabolic functions and acts as your body’s natural detox system.

Researchers from Texas A&M University, in conjunction with other institutions, recently discovered a naturally occurring compound called indole could hold the key to treating and preventing NAFLD.

Indole occurs naturally in the body, but it is also in certain vegetables. Cruciferous vegetables like broccoli, kale, Brussels sprouts, and cabbage might be the best sources.

Using human, animal, and individual cell models, researchers found that indole levels are closely related to fat content and have protective effects on the liver and anti-inflammatory capabilities in the gut.

The team looked at circulating indole levels in 137 individuals between 20 and 80 years of age. 51 of them were overweight and 11 were obese. The researchers also examined biomarkers of obesity and liver fat content.

They found that overweight participants had less circulating indole than “normal” (according to the Body Mass Index scale) weight individuals. Obese participants had significantly less indole.

Perhaps more importantly, those with low indole also had a higher buildup of fat in the liver—a sign of NAFLD.

Next, they tested to see if boosting indole levels had a protective effect on the liver. Using mouse models, they found that introducing more indole could reduce inflammation and fat accumulation in the liver. This is definitely very promising.

If you’re concerned about liver health, particularly if you’re overweight or obese, including more cruciferous vegetables might help prevent, or even treat, potential liver damage.