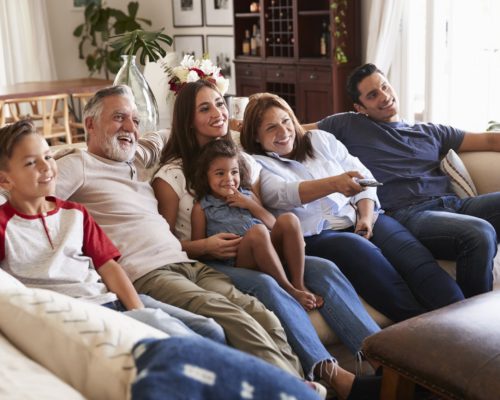 If you’re about to kick back with a TV dinner and post up for a night of primetime television, consider yourself warned: it could be one of the worst things you can do for your heart.

Yeah, I know, you’ve heard it before; too much sitting can raise the risk for heart disease, stroke, heart attack, and all-cause mortality. But it turns out that sitting while watching TV is considerably worse for you than other types of sitting. That’s right: not all sitting is created equal.

The new research published online in the Journal of the American Heart Association in late June showed that people who spent hours watching television after dinner increased their risk for heart attack, stroke, and early death compared to those who didn’t.

The lead researcher of the study, Keith Diaz, said: “It’s the combination of dinner and sitting on the couch watching TV for hours that we think is toxic.” He said that sitting for extended periods after dinner can raise blood sugar and cholesterol.

The difference between work sitting and sitting in front of the television was substantial. Diaz believes it may have something to do with the fact that while at work, people get up and move around, whereas in front of the TV, it’s more like a parked state. Further, the little movements that are made in other forms of sitting—typing, hand gestures, etc.—activate muscles that may help clear sugar and cholesterol from the bloodstream.

Conducted by researchers at Columbia University in New York, the study looked at 3,600 participants. They found that people who watched more than four hours of television per day had a 50-percent higher risk for heart-related death than those that watched two hours or less. They also found something rather interesting: the people who sat the most at work did not have a higher risk of heart problems than those who sat the least. This indicates that television watching is a deciding factor in sedentary heart risk.

What’s even better is that people who watched four hours of television but also got at least 150-minutes of moderate activity each week saw their added risk diminish. Therefore, if you plan on watching TV after dinner tonight, head out for a 20-30-minute walk first!