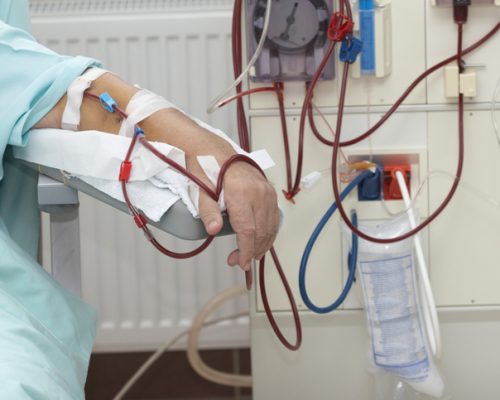 Lead researcher Dr. Jie Zheng said, “They call kidney disease the silent killer, because in its early stages, most individuals show no symptoms and do not know anything is wrong. Since it is difficult to study in humans, early stage kidney disease is poorly understood.”

The CDC estimates that 10 percent of American adults may have chronic kidney disease, a condition in which the kidneys no longer function properly. For those over the age of 65, the cost of kidney disease is nearly $45 billion.

Routine blood tests and urine analysis are not sensitive enough to detect kidney disease in its early stages. Even when 60 to 70 percent of normal kidney function is lost, these tests may still yield normal results. This is due to the fact that if one kidney is affected, the other kidney will try and compensate for this.

In vivo near-infrared fluorescence imaging is an inexpensive, highly sensitive laboratory technique that allows examining internal organs and the effectiveness of drugs. A dye is injected into the subject who is exposed to a near-infrared light, which penetrates the skin. When the light reaches the dye, it emits a fluorescent light of a different wavelength, which is captured by camera.

This technique has previously been unsuccessful in detecting kidney disease because it did not offer enough contrast in the kidneys. The researchers have found a way to make the technique work, though, with tiny gold nanoparticles that are cleared by the kidneys through urination.

Dr. Zheng added, “Using this technique, we can readily differentiate between various stages of kidney dysfunction in the animal model, and should be able to learn more about how these stages develop. Our fluorescence imaging technique is noninvasive, and is much lower in cost than other imaging techniques used to study kidney disease in animal models. This should greatly expedite the advancement of our fundamental understanding of kidney diseases.”

Kidney disease is often caused by another underlying condition, so treatment initially begins by addressing the cause. Kidney disease can also lead to other health complications, which also need to be addressed. Examples include lowering blood pressure and cholesterol levels, treating anemia, relieving swelling, taking medications to protect the bones, and adhering to a low-protein diet to minimize waste in the blood.

In end-stage kidney disease, when the kidneys are no longer able to clear waste and fluid, treatment options include dialysis to remove the waste and extra fluid or a kidney transplant depending on the severity of the disease.

Regenerative medicine is still up and coming, and although some tactics may be available now, more developments are in the works.