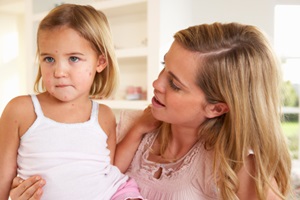 It‘s surprising that two famous writers have drawn comparisons between measles and love:

“Love is like the measles; we all have to go through it.”

“Love is like the measles – All the worse when it comes late in life.”

While there is truth in what both great men say, love and measles are as different as chalk and cheese. While love is a “many-splendored thing,” the only good thing about measles is, once you get it you don’t ever get it again.

Measles is a viral infection of the respiratory system. The measles virus is highly contagious and is found throughout the world. The virus is transmitted through contact with infected mucus and saliva. As the virus can live on surfaces for several hours, releasing the virus into the air by coughing or sneezing of an infected person can spread the disease.

That’s how anyone within close proximity to an infected person can become infected with the measles virus. If one person has the measles, 90 percent of the people who come in contact with that person will get the measles, unless they are protected. Measles is also known as rubeola, (not be confused with rubella).

Thanks to vaccination (the MMR shot), the number of measles cases has significantly dropped in recent decades due to immunizations. However, the disease has not been completely eliminated. In fact, there were 222 cases of measles in 2011, according to the U.S. Centers for Disease Control and Prevention (CDC).

Measles can cause life-threatening pneumonia and brain inflammation, middle-ear infection, and even severe diarrhea. As measles can easily be mistaken for a simple skin rash, it is very important to know the signs and symptoms of this serious (even deadly) infection. 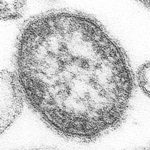 While the rash is what alerts parents and doctors that it could be measles, it is not among the first signs and symptoms of measles. It usually appears three to five days after the patient is already sick and can last for four to seven days. The measles rash, which is accompanied by itching, usually starts on the head and face and soon spreads to other areas, moving down the body. At first the rash is just a flat discolored area. These areas soon start rising above the level of the skin like hives.

Other symptoms can include the following:

While these are the visible signs and symptoms of measles, there is one important sign called Koplik’s spot that are hidden inside the mouth. Koplik’s spots are small, white spots (ulcerated mucosal lesions) often seen on the inside of the cheeks. They usually appear after the onset of fever, but before the skin rash. The appearance of Koplik’s spots, in people who have come into contact with an infected person, helps isolate these people before they reach maximum infectivity. This greatly aids control of this highly infectious disease.

If unable to confirm a diagnosis based on observation, your doctor may order a blood test to check for the measles virus. 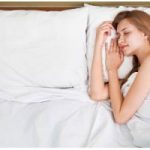 As measles is a viral infection, there is no prescription medication to treat measles. The virus and symptoms typically disappear within two to three weeks. However, you can manage the severity of the symptoms to get a little relief.

If your fever is troubling you, take an analgesic or an antipyretic to relieve fever and muscle aches. Applying some lacto-calamine lotion to the affected areas will help you get relief from the itching. As with any viral infection, you should drink plenty of fluids. And yes, vitamin A supplements are a good idea to help build your immune system. And last, but definitely not least, is ample rest. This not only helps to boost your immune system. It helps prevent the spread of the virus. 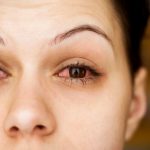 While children are more commonly affected, adults can get measles, too. In the recent outbreak of measles in the U.S., 45 percent of the reported cases of measles were adults over the age of 20 years. When they get measles, adults usually feel worse than children with measles. And adult measles are more prone to secondary complications. In fact, the risk of death from measles is higher for adults than it is for children (excluding infants). Pregnant women who get measles have an increased risk for early labor, miscarriage, and low birth weight infants. 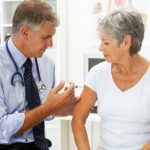 Immunizations can help prevent a measles outbreak. The MMR vaccine protects against measles, mumps, and rubella (German measles). Many children in North America are immunized as infants and toddlers but that doesn’t guarantee lifetime protection. And not everyone gets vaccinated as a child. Many adults move to North America from countries without immunization programs. World travel increases the chances of these diseases spreading.

Generally, adults born before 1957 are considered immune to measles and mumps. The CDC advises most adults born in 1957 or afterward to get an MMR vaccine, whether they had one as a child or not.

While immunization rates are on the rise around the world, the World Health Organization (WHO) estimates there were 122,000 deaths from measles in 2012. Measles outbreaks often happen in countries without strong childhood immunization programs. But outbreaks have also happened in Europe, South Africa, and the Philippines.

Based on current trends and performance, global immunization experts conclude that the 2015 measles milestones and elimination goals will not be achieved on time.

It’s really unfortunate, that a disease which we thought we had eradicated form North America, has reared its ugly head once again. But there are strategies in place to help control the spread of the dreaded disease. And it all starts with vaccination.

So go ahead, and speak to your doctor about getting that shot. And tell a friend to do it, too. The more people who get vaccinated, the faster we can relegate measles to the history books. Like we did small pox and polio.

You know public toilets are usually coated in bacteria. Not only that, but every time you step outside of your home you are at risk of being exposed to all kinds of bacteria. At least when you are within your own home you are safe from bacteria and getting sick, right? Well, not really. Find out more here.

Alert! Coughs and sneezes spread infection faster than we thought

Whenever you’re under the weather and can’t suppress the pressure wave that comes from a cough or sneeze, you may be spreading more germs than you ever imagined. Picture this: Your cough or sneeze is a floating, turbulent cloud no different than the plumes that come out of a smokestack. Read more here.

You’ve been hiking in the woods, off the beaten path, and you’ve managed to come into contact with the three-leafed demon: Poison ivy! It’s given you a nasty red rash up the side of your leg…..read more