Home » Health News » Early prostate cancer diagnoses on the decline in the U.S. 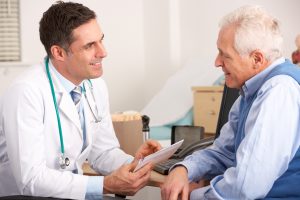 Early prostate cancer diagnoses are on the decline in the U.S., following the U.S. Preventive Services Task Force recommendation against routine screening. Screening for prostate cancer involves a blood test for identifying the levels of prostate specific antigen (PSA) produced by the prostate gland. Although the test helps identify cancer, it can also wrongly identify nonexistent cancer.

False positive results often cause anxiety and unnecessary follow-up tests. To address this issue, the task force changed their recommendations for routine screening in 2011, finalizing the guidelines in 2012.

Since the screening revisions, prostate cancer diagnoses have dropped 19 percent between 2011 and 2012, and with additional six percent in 2013.
While many men are no longer undergoing the anguish of repeated tests, many experts are still concerned that more patients will develop prostate cancer as a result of these guideline changes.

Lead researcher Dr. Ahmedin Jemal said, “Prostate cancer is a slow-growing tumor, so it takes time. We may see it over the next three to five years.”

Dr. Anthony D’Amico, chief of radiation oncology at Brigham and Women’s Hospital in Boston, added, “Some men who should not be treated are not being diagnosed, but that also means some men who should be treated are either losing the chance for cure or presenting later and needing to undergo more treatment and more side effects for a possible cure. The answer to this dilemma will come with personalized medicine based on risk-based screening — screening men preferentially in good health and at high risk.”

Another expert suggests the decline in diagnoses may be due to the fact  that many people do not understand the revisions. Dr. Otis Brawley, the cancer society’s chief medical officer, added, “The key word that is missed is ‘routine’ — the task force does not recommend routine screening. This in my mind means they are not against all screening. Also, they do call for informed decision-making regarding potential risks and potential benefits.”

The American Cancer Society recommends that discussion about prostate cancer screening should take place at:

After these discussions, men who still want to be screened should get the PSA blood test. The digital rectal exam may also be used as a part of the screening.