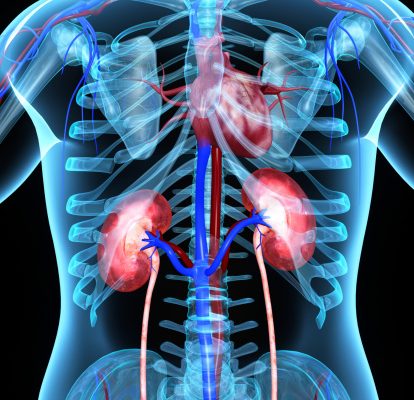 Researchers from the Mayo Clinic have found that the existence of troponin T (cTnT) – a protein – in the blood could be an early predictor of kidney disease. This is the first time that a specific protein has been discovered that can be sought out to uncover heart damage. Furthermore, this protein can also indicate kidney disease in individuals with hypertension.

Lead author of the study, LaTonya Hickson, M.D., pointed out that increased levels of troponin T in the blood could be an early indicator of disease and can allow for early intervention. She also suggests that although African Americans generally have higher rates of kidney failure, these finding reveal that it doesn’t matter what kidney function was at the baseline. As long as there are elevated troponin T proteins in the blood anyone can be warned of early kidney failure and possible death.

Dr. Hickson said, “Early intervention and treatment can be key to stopping kidney disease progression and, potentially, preventable death events. This study demonstrates for physicians everywhere that we are getting closer to accurately predicting future disease and death by examining this one marker. This is important, because, as with many diseases, accurate, early detection means we can more quickly recognize and efficiently treat the disease before it fully manifests – potentially improving a patient’s quality and quantity of life.”

Hypertension is currently a large problem within America, and it is estimated that by 2030 nearly 40 percent of the population with have some form of hypertension. End-stage kidney failure is associated with hypertension, which affects roughly 600,000 people. Screening for kidney disease is not recommended; however, it could greatly benefit patients who also have other medical conditions.

Further research is required in order to understand more about cTnT and its role in predicting kidney failure.

The findings were published in Mayo Clinic Proceedings.