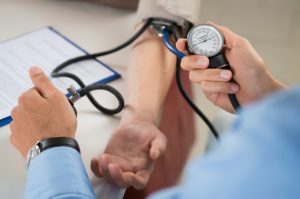 For the study over 1000 people born in Dunedin were followed from birth (1972 and 1973) until now. Blood pressure information was recorded from the ages of seven to 38 years old, and researchers categorized individuals into four different blood pressure groups. This allowed researchers to uncover the risk factors from childhood that led to high blood pressure at 38.

Dr. Reremoana Theodore, lead researcher, said, “These included being male, having a family history of high blood pressure, being first born and being born lower birthweight. This new information is useful for screening purposes to help clinicians identify young people who may develop high blood pressure later in adulthood.” Greater body mass index was also observed, along with smoking.

Study director, Professor Richie Poulton, added, “Encouraging lifestyle changes beginning early in life that include the maintenance of a healthy body weight, weight reduction and stopping smoking may help to lower blood pressure levels over time, particularly among those individuals on a trajectory to developing hypertension.”

Dr. Theodore concluded, “Our findings can be used to inform early detection, targeted prevention and/or intervention to help reduce the burden associated with this silent killer.”

The findings were published in Hypertension.