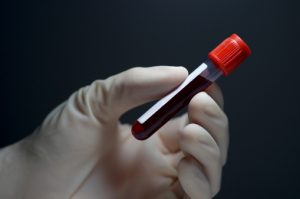 An early Alzheimer’s disease detection blood test for antibodies is being developed by researchers at the Rowan University School of Osteopathic Medicine. Alzheimer’s disease affects roughly 5.3 million Americans and there is currently no approved blood test that can detect it early. A new study uses autoantibodies as blood-based biomarkers to detect the disease as well as its progression.

Autoantibodies are dependant on a person’s age, gender and the presence of disease or injury. Disease can cause changes to autoantibodies, which can be detected through blood work.

For Alzheimer’s disease, changes to the brain occur many years before the symptoms reveal themselves. Early detection of Alzheimer’s disease could allow doctors to work with the patient to implement lifestyle changes or receive early treatment.

There is currently no cure for Alzheimer’s disease, but it has been noted that maintaining a healthy blood-brain barrier is important for prevention. Furthermore, diabetes, high cholesterol, hypertension, stroke and being overweight can lead to the progression of Alzheimer’s disease as well.

When blood vessels in the brain become weak and brittle they leak, which allows plasma into the brain. Autoantibodies then bind to neurons and accelerate the accumulation of beta-amyloid deposits – a staple of Alzheimer’s disease.

Dr. Robert Nagele from the study said, “There are significant benefits to early disease detection because we now know that many of the same conditions that lead to vascular disease are also significant risk factors for Alzheimer’s. People found to have preclinical disease can take steps to improve their vascular health, including watching their diet, exercising and managing any weight and blood pressure issues to help stave off or slow disease progression.”

The blood test may also prove effective in the detection of Parkinson’s disease, multiple sclerosis and breast cancer.

Dr. Jennifer Caudle from the university added, “I can’t think of a single patient who wouldn’t take steps to prevent the progression of Alzheimer’s if they could directly affect their prognosis.”

The results from the study were presented at the American Osteopathic Association’s Osteopathic Medical Conference and Exposition.