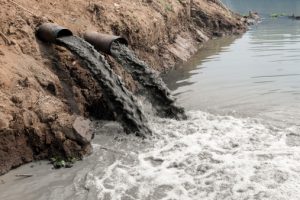 A decade-long leak of a toxic chemical from one of DuPont’s plants in West Virginia into nearby drinking water is landing the company in hot water. Residents in the areas surrounding the plant have accused the company of gross negligence resulting in adverse health outcomes. The first in a series of trials in litigation from the residents is scheduled this month.

The lawsuits are targeting the DuPont plant in Parkersburg, West Virginia, where the company has been using C-8 as a processing aid to manufacture Teflon-coated non-stick cookware.

The residents claim DuPont has been using C-8 at the plant for over seven decades (since the 1950s). However, what angered them was that the company continued using the potential carcinogen, even after learning it was potentially toxic, and nearby drinking water supplies in Ohio and West Virginia showed traces of C-8.

Approximately 3,500 residents have sued DuPont in an Ohio federal court, saying they contracted one of six diseases linked to perfluorooctanoic acid – also known as PFOA or C-8. The first case to go to trial will be that of Carla Marie Bartlett who developed kidney cancer from contaminated water.

Bartlett’s will be the first case to go to trial, in an early test of potential liability for the chemical leak. A second trial will start November 30th.

While the plaintiffs named DuPont as the culprit, DuPont is steering clear of the mess, thanks to a recent corporate spin-off.  The new company, Chemours Co (which was the performance chemical segment of DuPont) will cover DuPont’s potential liability.

According to DuPont spokesman Daniel Turner, from the moment the company was made aware of the potential harmful effects of C-8 around 15 years ago, DuPont has worked with regulators, employees and nearby residents to assess and address health and safety concerns. He further added that the use of C-8 has been phased out by the company in recent years.

Following an earlier class action filed against DuPont in 2001, the company agreed to install new water treatment systems and fund medical monitoring programs. It also agreed to set up a panel of scientists to determine whether C-8 was linked to any of the diseases.

That panel concluded there was a probable link between C-8 and thyroid disease, high cholesterol, ulcerative colitis, pregnancy-induced hypertension and kidney and testicular cancer.

Based on these findings, the company agreed not to challenge whether C-8 can cause those diseases, but insisted that the plaintiffs must prove that C-8 is to blame for their individual illnesses (and that it was caused by the chemical leak).