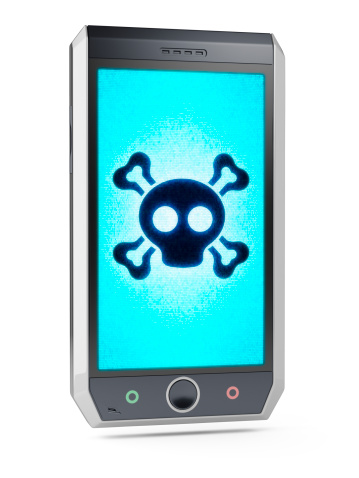 Go into an average house, office, or even a coffee shop today, and you will be enveloped by a web of radiation arising from mobile phones, tablets, computers, wireless routers and a host of other gadgets. But unlike cobwebs that can be easily cleared away with a wave of a hand, we can do nothing about this invisible web of continuous electromagnetic radiation that surrounds us – and even passes through us – every single day.

For many people, the common response is: why bother worrying about this web? After all, if we can’t see it, feel it or touch it, then a few heat waves will likely do us no harm, especially if they provide us with so many added conveniences.

Granted, most of us do spend our lives comfortably unaware of this constant electro-web. But as far as “doing no harm” is concerned, there is still a lot of controversy as to the true effects of our irradiated world. And this continuing public controversy is what I want to speak to you about today. As a doctor, this ongoing argument about the health safety of cell phones arouses my deepest concerns and unavoidable suspicions. Numerous international studies that directly link cell phones (the biggest culprit amongst wireless devices) and life-threatening brain tumors are being white-washed by businesses with monetary interests and proponents clinging to convenience. It’s time the public was made aware – even if they don’t want to be.

Our love for smart phones and mobile devices created a public eagerness to hear positive things about radiation. With popular opinion in check, convincing us of what we already wanted to hear was a matter of child’s play for the radiation lobby. And because billions of dollars were at stake, they played with loaded dice.

Remember how the tobacco industry went to great lengths to prove that smoking was healthy? Well, this conspiracy to cover up the effects of radiation from mobile phones and other wireless devices is being orchestrated along similar lines. The only difference is that the stakes are much higher now because, unlike tobacco, everybody – including children – uses cell phones.

The radiation lobby defends its case upon a body of research that they claim show “inconclusive results”. The NCI’s Epidemiology and Biostatistics Program maintains there is no definitive evidence that cell phones increase cancer risk.  This alone raises suspicion – the public is being asked to dismiss studies showing a link between cell phones and cancer based on other studies that aren’t able to prove anything at all.

When faced with such situations, it is important to remember the words of the famous author and Astrophysicist Carl Sagan  – “absence of evidence is not evidence of absence.”

Get the facts on the Dangers of Excessive Cell phone Usage

Fact 1: The supporters of micro-radiation point out that radiation waves from household electrical appliances, heaters, mobile phones and computers are safe because they are all non-ionising radiation.

Well, the exposure to the sun’s ultraviolet rays is also non-ionising radiation; however, there is an indisputable link between non-ionising sun rays and skin cancer.

Fact 2: A scientific study published in Environmental Health Perspectives found that when rats were exposed to cell phone radiation, vital proteins leaked through the blood brain barrier. The cells within the brain, especially in the cortex and hippocampus, revealed shrunken neurons with loss of internal cell structures.

Fact 3: According to Pew Research Center, the highest users of cell phones are people aged 18 – 34 years. In a congressional hearing on September 30 2008, Prof. Ronald Herberman, the Director of the University of Pittsburgh Cancer Institute, testified that “according to government statistics, the incidence of brain cancer has been increasing over the last ten years, particularly among 20-29 year-olds.”

Fact 5: The U.S. Centers for Disease Control and Prevention (CDC) reports that the average time between first exposure to a cancer-causing agent and clinical recognition of cancer is 15 to 20 years or longer. This critical fact contextualizes all of the research that the cell phone industry relies on, because most of this research is based on subjects who have been using mobiles for less than 10 years. Meanwhile, the research that has shown a direct link between cell phones and dangerous brain tumors is based on populations that have been using cell phones for more than 15 years.

Fact 6: To add strength to the growing testimony against mobile phones, Keith Black, chairman of neurosurgery at Cedars-Sinai Medical Center in Los Angeles, says that the brain cancer (malignant glioma) that killed O. J. Simpson’s attorney, Johnnie Cochran, was the result of frequent cell phone use, based on the fact that the tumor developed on the side of the head against which he habitually held his phone

Fact 7: In a landmark ruling, Italy’s Supreme Court in Rome has ruled in favor of Mr. Marcolini, confirming that there is a “causal link” between his illness and cell phone use. Marcolini, a 60 year old Italian businessman, developed a tumor in the trigeminal nerve, close to where his phone touched his head.  He used a handset at work for up to six hours every day for 12 years. Although the tumor is non-cancerous, it nevertheless was life threatening as it spread to his carotid artery, the major vessel carrying blood to his brain. Senior Oncologist and Professor of Environmental Mutagenesis, Angelo Gino Levis, gave evidence for Mr. Marcolini, corroborated by Neurosurgeon Dr Giuseppe Grasso. According to them, electromagnetic radiation emitted by mobile and cordless phones can damage cells, making tumours more likely.

Fact 8: The International Agency for Research on Cancer (IARC), a branch of the World Health Organization, has classified radiofrequency electromagnetic fields as possibly carcinogenic to humans, based on an increased risk for glioma (a common form of brain tumor) associated with wireless phone use.

Fact 9: INTERPHONE, the largest study into the potential health risks of mobile phone use, was set up by an agency of the World Health Organization and was carried out in 13 countries. The study, valued at $20 million, concluded recently that making calls for more than half an hour a day could increase users’ risk of developing brain cancer by as much as 40 per cent.

All these facts clearly point towards a link between micro-radiation and brain tissue damage, including cancer.

A Dark Future Lies In Your Hands – Let Go Of It

Like most of you, I can’t help but enjoy all of the comforts and conveniences of modern technology. But in the face of all of this evidence, I can’t help but become seriously concerned when I see a small child talking endlessly on a personal cell phone.

Influential governments like ours must take the lead and educate citizens on such important health risks. In spite of all of the studies being pushed by vested parties suggesting that cell phones are safe, there is sufficient evidence against these claims to warrant your caution. Keeping mobile conversations to a minimum is a great place to start. And using headsets should become mandatory.

These are all baby steps, but if we take them collectively, we will be able to minimise the negative effects of this invisible web of radiation that we live in, and nip a growing pandemic in the bud. Before ‘the evidence’ rears its ugly head.