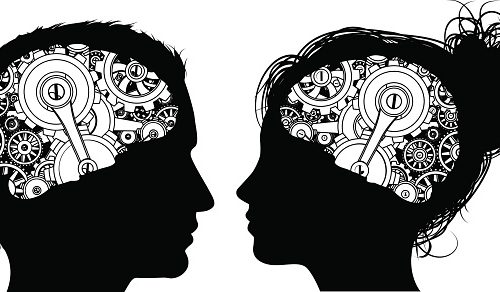 There is no question that men and women have many similarities, but there are also many differences in the way they think and operate. This may even extend down to the cellular level, as a new study has found that a region of the brain that is involved in managing stress, heart rate, and even blood pressure reacts differently in men and women when presented with certain stimuli.

Researchers at the University of California Los Angeles School of Nursing have suggested that cardiovascular disease—a leading cause of death in the United States—may manifest differently in men and women, and this could affect the diagnosis and treatment methods for each sex. Previous studies from this team of researchers looked at the brain during the Valsalva maneuver—the action of bearing down or attempting to exhale against a closed airway. This study was a follow-up to this previous study.

The study in question utilized functional MRIs (fMRI) scans performed on volunteers while they performed hand grip exercises. This was to simulate rises in blood pressure and heart rate while the scan measured brain activity and changes in blood flow. What the researchers discovered was that a portion of the brain, called the insular cortex, showed differences in activity between men and women. In women, the right side of this region in the brain was activated by the hand-grip exercise much more often than in men. Men, on the other hand, were seen to have greater activation of the left side of this brain region during the same hand exercise. Another difference seen was that women showed higher resting heart rates compared to males, but didn’t have as great a heart rate increase when doing the hand grip exercise.
“With the hand grip, the differences were in the left side of the brain, while in the Valsalva study, the differences appeared on the right side, which was a surprise at first. What both studies show, however, is that healthy men’s and women’s brains respond differently, so we may have to re-evaluate separately in men and women what constitutes a disease state versus a healthy state to see if people are more or less vulnerable to cardiovascular illness according to their sex,” said Paul Macey who led the study and is an associate professor of nursing at UCLA.

The research team feels like this study sheds some light on differing brain functions and that the advancement of brain imaging techniques allowed them to observe this difference. They are confident that by continuing to map the functions of the region of the brain tested, connections can be made for a wide range of diseases that may present differently in men and women.

This fun activity is great for your brain’s health