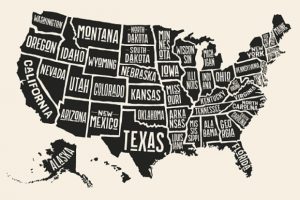 A new study has found that where a person lives may determine how they die. The study found those residing along the Mississippi river are at a higher risk of death by heart problems compared to other areas in the U.S.

Suicide and homicide were seen to be the highest in the southwestern states, and death from chronic respiratory diseases was highest in eastern Kentucky and western West Virginia.

Lead researcher Ali Mokdad explained, “You can see what kind of disparities we have, and what are driving these disparities. Many counties, especially rural counties, don’t have the resources to tackle every health problem, and so they need to prioritize. In this way, we’re telling them what to tackle first.”

Although some areas in the U.S. have higher rates of chronic disease, those living in northern and central Colorado benefited the most from healthy living habits compared to anywhere else. Mokdad added, “You see less death from certain chronic diseases. It’s clear that certain counties are in many ways less behind than the rest of the nation.”
Four main issues were uncovered through the study:

The study raises awareness how factors such as environment, and the place where people reside plays a large role in life expectancy. Recognizing these disparities can help improve funding and health initiatives in order to reduce death and chronic illness.

Risk of early death goes up because of this