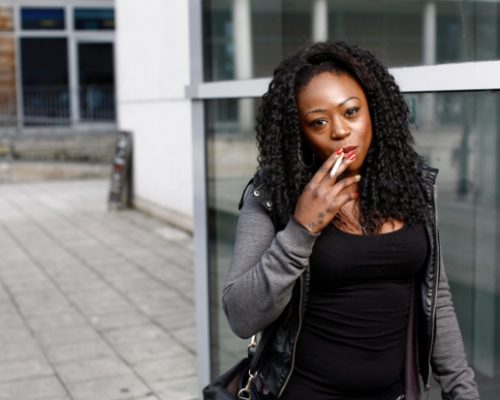 A new study has found that black Americans have the highest risk of diabetes if they smoke a pack of cigarettes or more a day. Research lead Wendy White explained, “Smoking cessation should be strongly encouraged in blacks with risk factors for diabetes.”

The researchers tracked health outcomes of nearly 3,000 black Americans. During the study, 466 of them developed diabetes.

Diabetes risk was the same for those who smoked less than a pack a day, quit smoking, or never smoked, but those who smoked a pack or more a day had a 62 percent higher risk of developing diabetes. The study does not imply that smoking causes diabetes, but it demonstrates an association between the two.
Diabetes expert Dr. Gerald Bernstein explained, “It has been known for years that smoking increases the risk for vascular complications or aggravates current complications with or without diabetes. The authors suggest that their finding also indicates a greater risk for developing diabetes. I would question as to whether or not this is exclusive to the black population, as opposed to whites.”

Patricia Folan, director at the Center for Tobacco Control at Northwell Health, commented, “Individuals with diabetes often experience a variety of diabetes-related health concerns and complications, such as heart disease, stroke, kidney disease, amputations, and eye disorders. Practitioners and diabetes educators should design and provide tailored smoking cessation programs for this vulnerable population of smokers to help them avoid the development of diabetes — as well as the detrimental outcomes.”

The present study offers yet another piece of evidence that smoking can lead to serious health consequences.

Heart disease and diabetes risk may be reduced by eating chocolate every day: Study