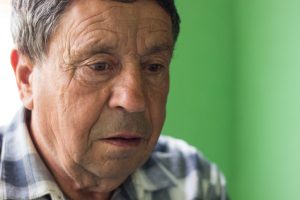 Stroke survivors are more likely to suffer from depression, according to latest research findings. The study found that in the first three months following a stroke, the risk of depression for survivors was eight times higher, compared to individuals with no history of stroke.

Research lead Dr. Merete Osler wrote, “Depression is common in patients with stroke during the first year after diagnosis, and those with prior depression or severe stroke are especially at risk.”

The authors concluded, “Because a large number of deaths can be attributable to depression after stroke, clinicians should be aware of this risk.”
Over 25 percent of stroke survivors were diagnosed with depression within two years after a stroke, and over half of those cases appeared within the first three months.

In the control group, only eight percent were diagnosed with depression within the two-year study period, and only one-quarter of those cases took place within the first three months.

In both groups, depression was associated with a higher risk of all-cause mortality.

The study points to the fact that more attention should be paid to signs of depression and mental health in general when a patient is recovering from stroke in order to reduce the ensuing risk of early death.