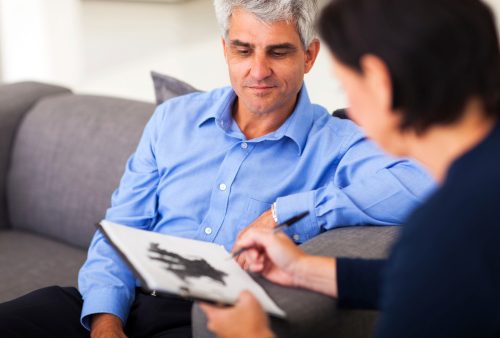 The Diagnostic and Statistical Manual of Mental Disorders (DSM) is the ‘bible’ of mental disorders, but new research suggests a checklist for depression may not be the most useful. For a person to be diagnosed with depression they must experience symptoms outlined in the DSM, but researchers at KU Leuven, Belgium have found these symptoms may not be enough for a proper diagnosis.

Dr. Eiko Fried from the KU Leuven Faculty of Psychology and Educational Sciences said, “We need to stop thinking of depression as a disease that causes a number of interchangeable symptoms. Depression is a complex, extremely heterogeneous system of interacting symptoms. And some of these symptoms may be far more important than others.”

The researchers analyzed data on 28 symptoms provided by 3,463 depressed patients. Researchers then examined the connection between the symptoms. They found some symptoms were more connected than others and thus concluded those symptoms have a larger impact on the depressive process.

Fried added, “If you think of depression as a network of interacting symptoms, one symptom can cause another. For instance, insomnia may lead to fatigue, which in turn may cause concentration problems that feed back into insomnia. This example of a vicious circle shows that the specific symptoms patients report, and their interactions, can be of crucial clinical importance.”

Fried continued, “Depression is not like, say, measles. When you have measles, your symptoms help the doctor figure out what underlying disease you have. But once you are diagnosed, it doesn’t really matter which of the possible symptoms you did or didn’t get. Treating the disease itself makes all your symptoms disappear. Depression is more complicated. It is not an infection or a specific brain disease. There is no easy cure, no drug that makes all symptoms go away. Instead, we may want to focus treatment efforts on the symptoms driving a patient’s depression.”

The two main symptoms listed in the DSM were sad mood and decreased interest in pleasure and they were ranked in the top five for centrality. But researchers found that other symptoms – hypersomnia, agitation and weight change – are not more central than other common symptoms like anxiety and pessimism.

Fried concluded, “Ideally, the list of depression symptoms should become more comprehensive to do justice to the heterogeneity of depression. I also think both clinicians and researchers can learn a lot from paying more attention to individual symptoms and their interactions. But of course, we need much more research before we can actually replace the DSM diagnosis of depression with something else.”