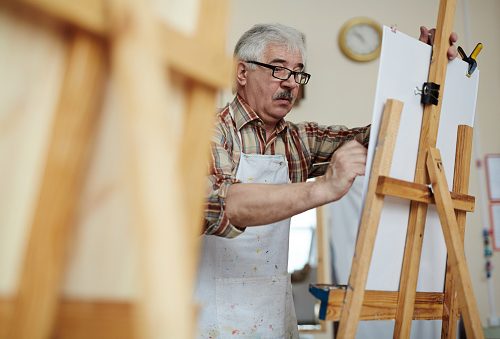 The artists’ brushstrokes were closely analyzed using fractal analysis, which is mathematical characterizations of self-repeating patterns. These patterns are often described as the ‘fingerprints of nature’. Fractals can be found in natural phenomenons such as clouds but are also used to authenticate art.

In an effort to link the onset of neurodegenerative disease to the brushstrokes, the researchers focused on changes in the artists’ fractals throughout their career.
Researcher Dr. Alex Forsythe explained, “Art has long been embraced by psychologists as an effective method of improving the quality of life for those persons living people with cognitive disorders. We have built on this tradition by unpicking artists ‘handwriting’ through the analysis of their individual connection with the brush and paint. This process offers the potential for the detection of emerging neurological problems.”

“We hope that our innovation may open up new research directions that will help to diagnose neurological disease in the early stages,” Dr. Forsythe concluded.