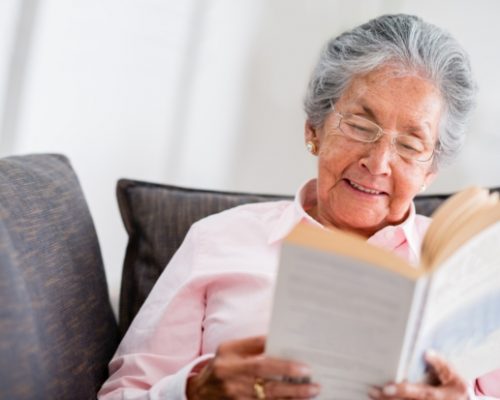 A new study has found there are fewer Americans living with dementia. The study analyzed the responses from over 10,000 Americans over the age of 65 and found the dementia prevalence dropped nearly 24 percent between 2000 and 2012.

Researchers aren’t completely sure what has led to the declining dementia rates, but they point out two factors: Participants in 2012 had more schooling and medical conditions like blood pressure and diabetes were more aggressively controlled. Lead researcher Dr. Kenneth Langa said, “The decline in dementia risk among older adults that we found in our study — and that an increasing number of other studies around the world have found — does not mean that Alzheimer’s and dementia have been solved. But our results do provide some hope and optimism that we can do things now to decrease dementia risk, so that the future impact, while still very large, may not be as dire as previously expected.”
Although fewer Americans are living with dementia, rates are still expected to rise as the population gets older, but with improved treatment for contributing medical conditions and rising education levels, there’s hope that more people are able to maintain their cognitive function.

Keith Fargo, director of scientific programs and outreach at the Alzheimer’s Association, added, “If you control those risk factors, it’s natural to expect that rates of vascular dementia will go down. It’s also reasonable to expect that Alzheimer’s-related dementia may go down as well because now, instead of having both, you have Alzheimer’s in an overall healthier brain. So maybe it takes you longer to develop dementia. But you could control everyone’s cardiovascular risk down to zero and people are still going to have Alzheimer’s and other dementias.”

Lewy body dementia, an umbrella term for both Parkinson’s disease dementia and dementia with Lewy bodies