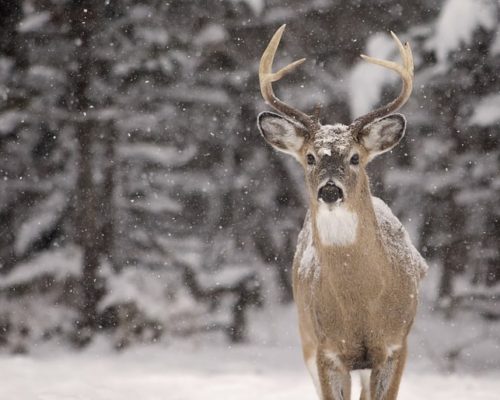 With it being so close to Christmas, there are many images of reindeer floating around. And although deer have often been seen as pullers of Santa’s sleigh, their antlers can provide valuable insight into human bone disease.

Antlers begin to sprout in the spring and throughout the summer, they can grow two centimeters a day. By the time winter arrives, they begin to shed.

Peter Yang is behind the latest findings, as he was intrigued by antlers while visiting Alaska. He explained, “It made me wonder – are there special genes that are behind this unusually fast bone growth?”

Yang and his team took samples from sprouting antlers, which are soft and similar to that of cartilage. They identified the deer’s genome, which is responsible for antler growth.

The researchers suggest that they may have tapped into the transformative potential for medicine because the uncovered genes are also linked to bone development in humans and may be used in future treatments for bones. By stimulating these genes, the body may be able to grow and strengthen its own bones more quickly.

Osteoporosis is the most common type of bone disease, which increases the risks of fractures and falls as bones become weaker over time. Although there are some treatments to help slow down progression, there is no cure. More research into the genes responsible for antler growth could lend way to improved treatments for osteoporosis.

When the researchers applied the genes to mice, they saw both rapid cell proliferation along with increases in bone density.

Professor Yang added, “Antler regeneration is a unique phenomenon that, to me, is worth studying just out of pure curiosity, but it may have some really interesting applications for human health. We’re just at the beginning of this research, but our ultimate goal is to figure out how we can apply the same underlying biology that allows for rapid bone regeneration in deer antlers to help treat human bone conditions, such as osteoporosis.”

The next step is to test these genes on human cells to uncover their potential in osteoporosis treatment.